Energy Commission, NBTI to partner on commercialization of research products 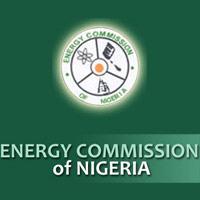 12 April 2015, Abuja – The Energy Commission of Nigeria, ECN, said it would collaborate with the National Board for Technology Incubation, NBTI, to commercialise its research and development products nationwide.

Prof. Jere Bala, the Director-General of the commission, said this in an interview with the News Agency of Nigeria (NAN) on Thursday in Abuja.

He said the commission’s collaboration with NBTI was to exploit the avenues of commercialising some of its research and development outputs, adding that the processes had been ongoing.

The D-G said there were various research and development programmes currently running at six of its Energy Research Centres in universities of Sokoto, Nsukka, Lagos, Illorin, Bauchi and Benin.

Bala said that the universities of Lagos had been carrying out research and development on energy efficiency and conservation; Benin on energy and environment; Illorin on hydro-power plant and Bauchi on hydrocarbon.

“We ultilise the biomass or sun to produce direct process heat through conversion of sun to heat, using solar water heater or solar crop dryer to convert the sun into electricity-using solar panels.

“We produce prototype solar water heater in our research centres. Some have been installed, particularly in Usman Danfodio Teaching Hospital, Sokoto, and they are now helping in the production of warn water for use in the hospital.”

He said the Federal Ministry of Science and Technology had established NBTI, to harness all the research and development products for commercialiasation.

“Now, this board provides an avenue where research and development outputs from these research centres are incubated. NBTI brings in private sector to see the products during the incubation.

“This will enable the investors to key in and get them adopted for mass production and convert them into businesses,” he said.

Bala said the commission had been planning to bring in private investors, entrepreneurs and research institutions on how they could key in to convert the products into businesses.

Bala said the agency had to collaborate with NBIT to attract investors to invest in the development of the products for sale and job creation.

He said the conversion of the products for mass production required an expert with special knowledge to get the products into the market.

The D-G said the commission had been promoting the use of wind energy for power generation and the sun energy not only for production of electricity but also solar water heaters.

“We have also been able to promote small hydropower plants. We collaborate with UNIDO on capacity building and also on promotion of pilot project.”

The D-G said the National Energy Policy (NEP) was approved by the Federal Executive Council in 2003 and had not got to the National Assembly for passage into law.

“Well, it is not before the National Assembly. We produce the National Energy Policy which was approved by the Federal Executive Council in 2003,” Bala said.

He said NEP was again reviewed in 2013 through the participation of the stakeholders and the review had been at the commission’s websites for further input from the stakeholders within and outside the country.

“After this review, NEP will be forwarded to the Ministry of Science and Technology again to enable the ministry to take it for review by the Federal Executive Council,” he said.

Bala said after the approval by the council, the commission would begin to work out modalities on how to present it to the National Assemble as an executive bill.

He said the National Energy Masterplan (NEM) which was still at draft forms had been reviewed in 2013 and would be taken to the FEC for approval alongside with NEP and later to the national assembly.

He said the master plan would be roadmap for the implementation of the renewable energy component of the National Energy Policy for production of electricity, bio-fuel and process heat.
*NAN