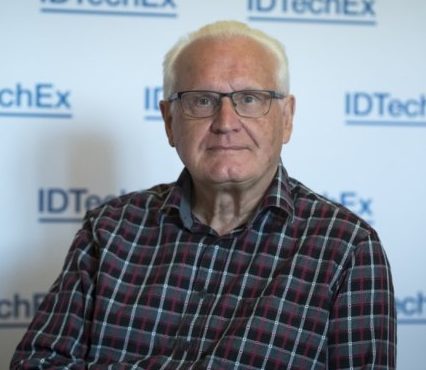 05 July 2018, Sweetcrude, Lagos — The cost of renewable energies such as tidal and wave power in the open sea, wind and solar power have come down greatly in recent years but they are rarely considered viable for base power, largely because of the energy storage needed.

As this gets solved by going beyond lithium-ion batteries, there are great growth opportunities for supercapacitors and reflow batteries in the $30 billion off-grid and the huge on-grid energy market. Radically improved supercapacitors will provide short-term storage such as at turn-of-tide (8 of the top 10 cities are on the sea) and new batteries will provide longer-term storage such as overnight for solar. The IDTechEx Research reports Redox Flow Batteries 2018-2028: Markets, Trends, Applications and Supercapacitor Technologies and Markets 2018-2028explain fully. Electricity will be made where it is needed as we bypass increasing attacks on long grid powerlines by cyberterrorists and increasingly violent weather. Self-Powering Smart Cities 2018-2028, a recent IDTechEx Research report envisages more

Reflow batteries are usually non-flammable, environmentally friendly, can be repaired, are relatively non-toxic and have lifespans of at least 10,000 cycles, maintaining 90% of their capacity over 20 years. Supercapacitors store energy more briefly but delight with longer life than either of them and effectively infinite cycle life: their power density is magnitudes ahead. The new IDTechEx Research report, Supercapacitor Materials and Technology Roadmap 2019-2029 scopes pseudocapacitor variants approaching lithium-ion battery energy density. Most supercapacitor options are non-toxic and non-flammable. Astoundingly, Imperial College London supercapacitors now form load-bearing structures of lighter weight than the dumb structure they replace. This “negative mass-energy”, puts batteries on the back foot as the bulky, heavier option now. Currently, all batteries, even new solid state ones, swell and shrink in use so they cannot become load-bearing smart materials.

Raghu Das CEO of IDTechEx says, “The Levelised Cost of Electricity for the best wind and solar plants has plummeted to below most coal, nuclear and gas plants. However, wind and solar are severely intermittent, this being usefully reduced but not eliminated by combining the two. The situation will improve as wind turbines grow higher to where winds are stronger at night and more consistent in the day. As they cease to be viable beyond 300 meters, new Airborne Wind Energy grabs wind at up to 2000 meters. There, the wind is even faster, and even more consistent and power produced increases as the cube of the wind speed. Supercapacitors can provide the brief energy storage needed as AWE is cycled like a kite. First commercial AWE arrived this year at 60kW: 1MW units approach.” See the IDTechEx Research report, Airborne Wind Energy (AWE) 2018-2028.

Another option is a combination with the new wave and tidal power that has no infrastructure. See the IDTechEx Research report, Wave, Tidal and Hydro Power 1W-10MW 2018-2038. Self-powering smart cities like Belmont California and Facebook’s Toronto suburb are on the way as Oregon and other cities even make electricity from their water supply pipes and 110 solar road projects are proceeding globally. The IDTechEx Research report Smart Glass and Windows 2018-2028: Electronic Shading and Semi-Transparent PV convince that 1MW solar windows in a high rise are in prospect. A Saudi car park provides 10MW – the whole demand for a nearby high-rise office block. Indeed, Ulleung Island Korea will provide its 7MW for 10,000 residents entirely from wind, solar, geothermal and small hydropower, ditching diesel completely.

*Dr. Peter Harrop is the Chairman of IDTechEx