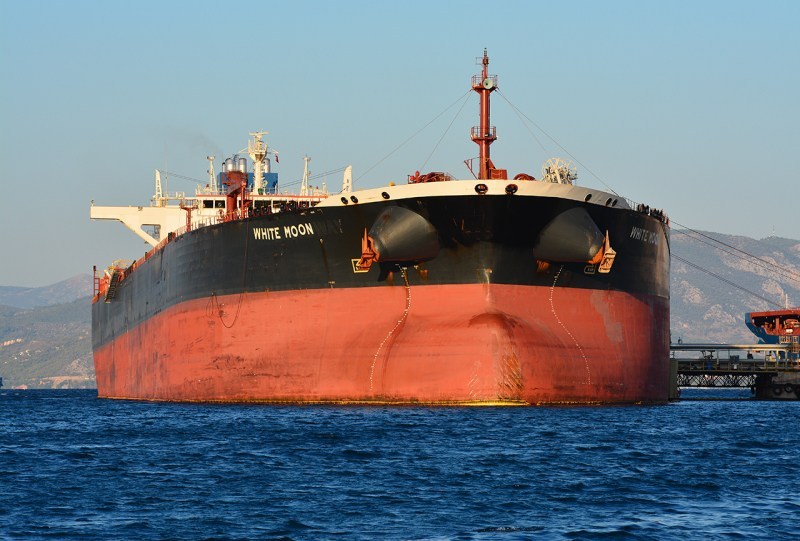 London/Milan — Eni has filed a fraud complaint against its former head of oil trading over a suspect Iraqi crude oil shipment, amid concerns inside the Italian oil major that the failed delivery may have included Iranian crude targeted by U.S. sanctions.

In the filing to the Milan prosecutor’s office, Eni accused its former head of trading and operations, Alessandro Des Dorides, of misleading all parties to the deal and hiding the role of a small Italian oil trading firm, Napag.

Two other senior employees were either demoted or suspended as a result of the failed shipment, sources familiar with the matter said.

Eni said it had suspended dealings with Napag in February over a separate investigation by Milan prosecutors into suspected obstruction of justice by members of Eni’s former legal team.

Eni said it fired Des Dorides at the end of May after he had been in his job about six months, for what it said was an unrelated petrochemical deal with Napag in 2018.

Napag did not respond to an emailed request for comment or answer phone calls.

Des Dorides did not respond to several requests for comment from Reuters via email or LinkedIn. Reuters could not locate legal representation for him.

Eni also declined to comment. Eni said it “does not comment on ongoing investigations and internal due processes.”

INTERNAL PANIC
The crude arrived aboard the White Moon tanker at the end of May for offloading at the Milazzo refinery in Sicily, which is part-owned by Eni. The Italian oil major, which produces oil in Iraq and is a regular buyer of Iraqi crude, was solely responsible for the cargo.

However, Eni said it rejected the delivery because it did not match the Iraqi Basra Light crude it expected from its counterparty, the Dubai-based trading arm of Nigerian firm Oando.

After sitting offshore for three weeks, the White Moon sailed back to the Gulf. The tanker manager did not respond to a request for comment.

Two sources at Eni said the White Moon’s 1 million barrel cargo created panic within the company over fears the crude could be, at least partially, Iranian.

Handling Iranian oil would have breached sanctions the United States reimposed or extended last year after quitting a nuclear deal between Iran and world powers.

Washington aims to reduce Iran’s exports to zero and force the Islamic Republic to renegotiate that nuclear deal, curb its missile programme and modify its behaviour in the Middle East.

Iran has called on other parties to the accord to shield it from the effects of U.S. sanctions and has sought to circumvent U.S. restrictions by selling more of its oil undercover.

ENI ACTION
Following the rejection of the White Moon shipment in June, the head of the Italian Senate Industry Committee wrote to Eni Chief Executive Claudio Descalzi to clarify the origin of an oil cargo labeled as coming from Iraq, the head of the committee said.

The head of the committee declined to comment to Reuters on the oil’s possible origins.

Eni said it bought the crude from Nigerian firm Oando, who in turn bought the oil from the London branch of Italy’s Napag.

Oando said it took back the cargo from Eni but declined to comment further on the origins of the cargo as it was “in the middle of a resolution” over the rejected oil. Oando said the terms of the deal were “normal for the trading industry.”

Italian prosecutors cannot legally comment on any investigation unless there is an exceptional circumstance.

Trading sources familiar with the deal said the offer terms for the crude should have raised alarms internally even before its arrival off Sicily. The offer was at a significant discount to typical Iraqi trades, was paid for in euros and was from a firm that is new to the region, they said. Physical oil is commonly traded in dollars.

Eni said that the mismatch in the crude’s chemical composition “coupled with other red flags led to the decision to terminate the transaction.”

The oil loaded onto the White Moon came via two ship-to-ship transfers that makes the origin harder to track, according to sources with direct knowledge of the deal.

The crude bought from Oando was loaded onto the White Moon from another vessel, the New Prosperity, but that vessel itself had been loaded with oil from a third tanker, the Abyss, the sources added.

The Abyss makes regular voyages through the Mideast Gulf with its transponder switched off for days at a time, according to Refinitiv Eikon ship tracking. The transponder was switched off between April 24 and May 3 when it transferred oil to the New Prosperity. For safety reasons, it is unusual for ships to turn off their tracking systems.

In addition to the termination of Des Dorides, the CFO of Eni trading, Mauro Cavagna, was removed from his post in late June and replaced by head of compliance Francesco Metrangolo, the company said. Cavagna is still employed at Eni.

Three sources familiar with the matter said Cavagna’s removal was related to the White Moon and that operations manager, Francesca Delladio, was also suspended in relation to the same matter.

Cavagna and Delladio referred Reuters’s requests for comment to Eni.