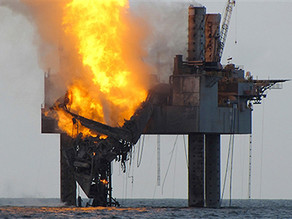 04 December 2016 — An oil and gas worker has died after a fire occurred on the Foukanda platform, located offshore the Republic of Congo, Italian energy firm Eni said Friday.

The platform was immediately evacuated and the fire was extinguished by the emergency teams, according to an Eni representative, who stated that the situation was brought under control in a short time.

Of the 45 persons on the platform, five reported slight burns, while one person, a crane operator belonging to Afrimel, was missing at the time of the evacuation. As soon as the fire was extinguished the emergency team accessed the platform and found the missing person, but unfortunately had to report his death.

Investigations to ascertain the causes of the fire are ongoing and further information will be provided as soon as available, Eni said.
*Rigzone