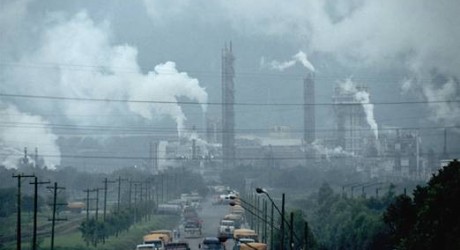 Port Harcourt — A foremost environmentalist and Executive Director of Health of Mother Earth Foundation, Rev Nnimmo Bassey, has stressed the need for a carbon-free world, noting that climate change currently was an existential threat to all living beings on earth.

Bassey said that though a net zero carbon free world was not very realistic, there is need to end or considerably reduce the emission of carbon to within a concentration level that is tolerable.

The Environmentalist spoke at the 2021 World Habitat Day with the theme, “Accelerating Urban Action for a Carbon-free World, organised by the Nigerian Institute of Architects, Akwa Ibom State Chapter.

He lamented that unbridled flaring of associated gas poses threats to the climate, environment, human health, and agricultural production, adding that oil spillages equally add to the crisis through the dumping of highly volatile hydrocarbon products into the environment.

“It is often stated that cities are responsible for some 70 percent of global carbon dioxide emissions with transport, buildings, energy, and waste management accounting for the bulk of urban greenhouse gas emissions.

“The theme for this World Habitat Day highlights carbon-neutrality. With the upcoming COP26 of the United Nations Framework Convention on Climate Change, the world has been regaled with a vision of a “net-zero” carbon future.

“While making supreme effort not to jump into the carbon-neutral or net-zero arguments at this point, it is pertinent to state that the concepts require considerable unpacking as they centre on needed climate action and are embedded in the theme of the Day.

“Besides carbon dioxide, other gases of concern in the atmosphere are methane and nitrous oxides. Ozone is also a greenhouse gas but is found mostly in the stratosphere and is useful in absorbing and preventing harmful ultraviolet radiation from the sun from reaching the earth.

Also, the Chairman, Akwa Ibom State Chapter of Nigerian Institute of Architects, Dr Enobong Ekwere, said that the event was organized to set the ball rolling for public discourse on how to accelerate action for a carbon-free world in our own local space.

Ekwere added that the discussions would give direction on how professionals in the built environment can participate on ensuring the reduction of carbon footprints in our localities.