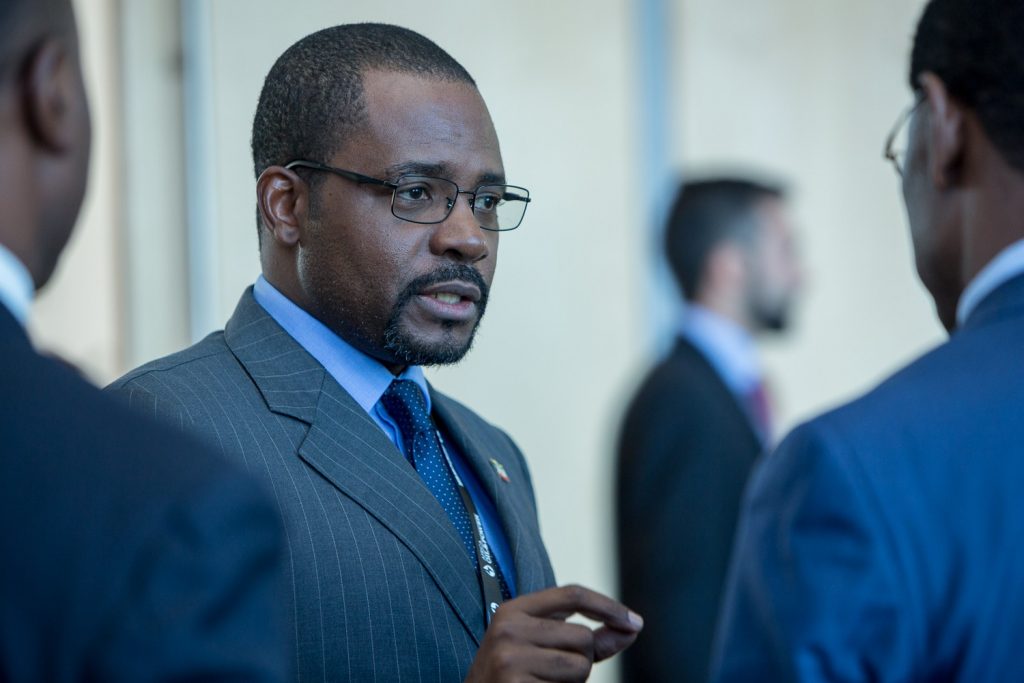 *Africa Oil & Power is hosted under the theme #MakeEnergyWork and will take place at the CTICC 1 in Cape Town, South Africa on October 9-11

Cape Town, South Africa — H.E. Gabriel Mbaga Obiang Lima, Minister of Mines and Hydrocarbons of Equatorial Guinea, will deliver a keynote address at the Africa Oil & Power Conference and Exhibition; Having been a champion of gas developments on the African continent, the minister will lead a delegation of African ministers who will share their perspectives on the future of gas on the continent; Antonio Oburu, CEO of GEPetrol will brief delegates on the Equatorial Guinea national oil company’s activities and plans for 2020; Africa Oil & Power is hosted under the theme #MakeEnergyWork and will take place at the CTICC 1 in Cape Town, South Africa on October 9-11.

The Minister, alongside Antonio Oburu, General Director of Equatorial Guinea’s national oil company GEPetrol, will lead a delegation of African petroleum ministers at the fourth annual Africa Oil & Power (AOP) Conference and Exhibition in Cape Town, South Africa at the CTICC1 on October 9-11.

Welcoming the delegation and speaking to Minister Obiang Lima’s support of the Africa Oil & Power theme for 2019 #MakeEnergyWork, Africa Oil & Power CEO Guillaume Doane said: “Equatorial Guinea is a leader in Africa in strengthening and growing the energy value chain through gas monetization and trade. Today it is championing gas cooperation between African countries and launching exciting initiatives that will revolutionize the African gas sector. AOP is proud to be a part of this important story and to promote Equatorial Guinea’s projects at AOP 2019.”

This year, through the Year of Energy initiative in collaboration with Africa Oil & Power, Minister Obiang Lima has campaigned to promote gas developments on the continent as a driver of economic growth.

Equatorial Guinea has made significant steps toward its goal of becoming a regional energy hub, with advancements including the launch of the 2019 oil, gas and mining licensing round offering up 24 offshore and two onshore blocks; the signing of definitive agreements for the monetization of gas from the Equatorial Guinea’s Alen unit in the Gas Megahub project; and – in a first for the region – the inauguration of an LNG storage and regasification plant in the mainland region of Equatorial Guinea as part of the LNG2Africa project.

“Gas has the potential to transform the African energy industry. In Equatorial Guinea, we have made the decision to focus our efforts on gas developments as part of the government’s priority in developing a regional Gas Megahub. We want to lead by example and showcase the opportunities the monetization of gas resources can create for our economy,” said Minister Obiang Lima.

He added: “Our objective is clear. We want to build infrastructure, promote intra-African cooperation, develop a sustainable economy and improve our local content and, with gas, all of this is achievable in the near future.”

As part of the 2019 Year of Energy, Equatorial Guinea kicked off the year as host of the APPO Cape VII Congress and Exhibition – the first of a series of events to be hosted in Malabo during the year. Upcoming events include the Oil & Gas Meeting Day and the 5th GECF Summit of Heads of State and Government and 2nd International Gas Seminar.