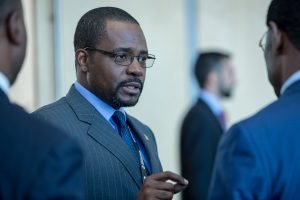 06 November 2918, News Wires — Equatorial Guinea’s energy industry has secured $2.4 billion of new investment from U.S. firms with 11 wells expected to be drilled from next year, an oil ministry source with direct knowledge told Reuters on Monday.

In September, oil minister Gabriel Obiang Lima warned that the government might refuse extensions of existing licences to oil companies unless they collectively invested a minimum of $2 billion in the country.

“We have secured $2.4 billion worth of investment that will go into drilling, into the backfill project and increasing production which has been declining,” the source said following three weeks of talks in Frankfurt, Houston and Dallas.

Future production is based on pooling supply from stranded gas fields in Equatorial Guinea and the wider region, raising the prospect of boosting LNG output and state energy revenue.

“You are going to see between $300 to $400 million capital investment between Noble, Atlas Petroleum, Marathon and Glencore and all the partners in Block O and I for this backfill project… so you are going to be guaranteed LNG to 2030/35,” the oil ministry source said.

Negotiations were also continuing with potential LNG off-takers as Shell’s exclusive arrangement draws to a close in 2020, which Reuters exclusively reported in May.

“There are no negotiations with Shell because the test the government had for Shell was whether they would invest and they have declined and shown no interest to invest. You might even see an American company getting the new off-take agreement because they are investing and taking risks,” the source said.

Equatorial Guinea will officially launch a new oil and gas exploration round in April, not January as previously announced, the source said, and expects to announce the results later in 2019.