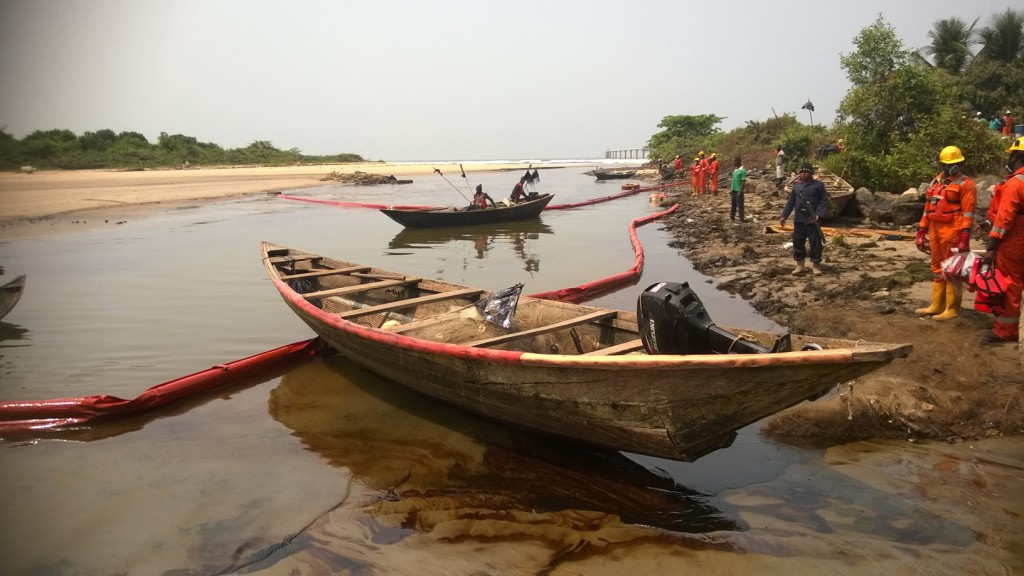 Port Harcourt — A total of 45,000 barrels of crude oil was discharged by the Shell Petroleum Development Company Nigeria Limited, at Angiama field in Bayelsa State, the National Oil Spills Detection and Response Agency, has said.

NOSDRA announced on its twitter handle confirmed that the leak was traced to equipment failure, during a Joint Investigative Visit to the spill incident site.

“We can confirm there was a spill at Angiama community, JIV has also been carried out. Cause of spill: Equipment Failure, Quantity of Spill: 45,000 Barrels.

“Results from the stakeholders meeting to be carried out soon towards the community,” NOSDRA tweeted.

The oil spill incident occurred on March 17, 2020, while the JIV process was trailed by controversy between officials of SPDC and representatives of the host community over volume of spilled crude.

A community leader, Clement Macline, who had participated in the JIV, accused SPDC of planning to downplay the volume of spilled crude, hence the JIV exercise was suspended.

Macline explained that recovered crude by SPDC filled up more than 20 tanks, hence, the 45,000 barrels estimated volume was conservative, since the crude had soaked into the land, while evaporation and water currents took away lots of the oil.

“I refused to sign the form due to wide disagreement between what is on the ground and verifiable evidence, and the 43 barrels they proposed in the form, from our own perspective the volume of leak is in excess of 45,000 barrels.

“Based on verifiable evidence, we have counted the number of giant GP tanks of recovered crude and they have more than 20 of such large tanks already filled with crude and they say only 43 barrels leaked.”