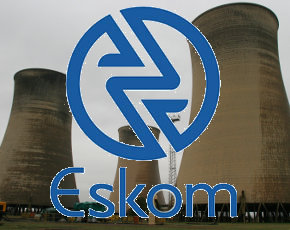 Eskom’s statement follows media reports this week that the entity has asked government for a R50 billion “equity injection”.

“Eskom would like to reassure the nation at large that its cash flow situation is very stable. Eskom manages its cash flow in a responsible manner and will always make sure that it has sufficient liquidity balances both in terms of actual liquid assets as well as to easily issue financial instruments to manage any unexpected liquidity needs,” it said in a statement.

For some time Eskom has said that the National Energy Regulator of SA (Nersa’s) 2013 third multi-year price determination (MYPD3) decision to allow Eskom an 8% annual tariff increase left Eskom with a R225 billion revenue shortfall over a five year period between 2013 and 2018.

In its application to Nersa in October 2012 for a tariff hike, Eskom asked the regulator to grant it a total 16% hike over the course of a five-year period.

The Eskom Board and Executive Committee had to move to find a solution to the R225 billion revenue shortfall from the reduced Nersa determination.

“Although the R225 billion revenue shortfall from the Nersa’s MYPD3 determination has been closed out (through Eskom’s internal efficiency processes), it has left Eskom’s credit metrics showing negligible improvement over the MYPD3 period.

“This is seen as inappropriate as Eskom seeks to be a fiscally responsible entity and where possible limit undue dependence on the shareholder,” said Eskom.

Currently Eskom is in talks with the shareholder ministry, the Department of Public Enterprises, as well as National Treasury to find a long-term solution which may or may not include an equity injection.

“Despite the figures of a possible state intervention being bandied about in the media, it is still too premature to mention the mechanism or amount of balance sheet improvement which will be pursued as discussions are currently underway.”

Additionally the parastatal has submitted a Regulatory Clearing Account (RCA) application to Nersa for the MYPD2 period i.e. the application seeks to recover over/under expenditure for that period based on the initial assumptions at MYPD2 award.

Through this process, Nersa is reviewing whether what it awarded Eskom previously, based on its forward estimates of costs such as coal, stacks up against the costs that have actually been incurred over the period.

The regulator will make its own pronouncement on that. This is a normal Nersa process and Eskom has not asked Nersa for a re-opening of the MYPD3 price increase decision as had been reported in the media.

The 8% regulatory price determination in February last year has forced Eskom to continue to prioritise productivity and sustainability.

“The utility is acutely aware of its obligations and will continue to access financial markets efficiently and will prioritise this in its decision-making as it actively continues to manage its finances. In addition to cost cutting measures mentioned above, Eskom is exploring all other avenues of potential funding, as any business would.

“The renewed focus on the improvement of Eskom’s balance sheet is to ensure that Eskom comfortably maintains an investment grade credit rating, thereby facilitating cost effective access to the substantial domestic and international capital which Eskom requires. It is important that Eskom remains financially sustainable to enable us to keep the lights on and deliver on its build programme,” said Eskom’s Finance Director Tsholofelo Molefe.