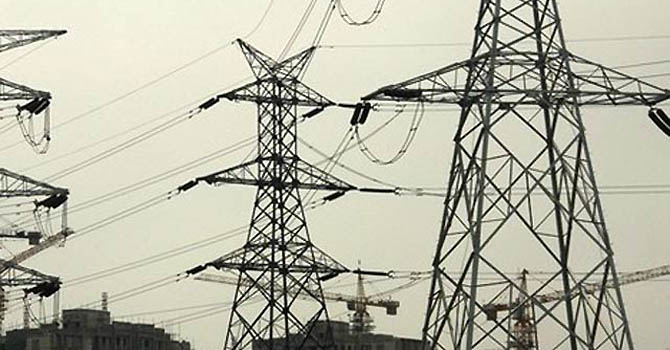 Pretoria — Immediately before plunging the country into further power rationing, Eskom took its regulator to court demanding more money to keep going. If it succeeds, already struggling electricity consumers will have to find more than R100-bn to help Eskom out. The economy can hardly keep up with the power costs already.

Electricity supplier Eskom has turned to the courts to recover the R69-billion cash bailout it received from the government, and to raise a further R40-billion by increasing electricity prices in order to solve its liquidity crunch over the next three years. On 10 October Eskom filed the claim at the high court, and in two separate claims, it also asked the court to review and order the regulator to open the process to permit Eskom to raise a further R34-billion through increased electricity prices.

The utility hopes to claw back the R34-billion in order to recover what it says are prudently incurred costs in its operational expenditure during the 2018 financial year, said Hasha Tlhotlhalemaje, Eskom’s general manager for regulation. Under the revenue clearing account mechanism, Eskom can ask the National Energy Regulator of South Africa (Nersa) to permit it to recover prudently insured over-expenditure by raising electricity prices.

This week Eskom resumed power rationing, known as load shedding, as some of its equipment unexpectedly broke down. The utility has a poor record of maintaining its generating infrastructure and last resorted to power rationing in March.

The lack of reliable electricity has hobbled economic growth, limiting it to about 1% for each of the past three years.

Under the law, Eskom must apply to Nersa for electricity price increases. The current price determination covers the years ending March 2022. During this period Nersa has already granted the state-owned electricity producer, which supplies more than 95% of the country’s electricity, annual price increases of 9.41%, 8.10% and 5.22% by 2022.

The inflation rate has averaged 4.8% over the past three years, according to Statistics South Africa.

If the utility has its way, the North Gauteng High Court in Pretoria will order its regulator to reinstate the R23-billion annual cash injection over three years as an equity injection into the balance sheet, rather than as operating revenue in the income statement.

On 7 March 2019, in determining Eskom’s electricity price path over the next three years ending March 2022, Nersa deducted the R69-billion bailout from the allowable revenue it approved for Eskom, effectively reducing the cost of electricity by that amount over the period the subsidy will be in place.

During the Budget speech in February, Finance Minister Tito Mboweni allocated R23-billion for each of the next three years to help the utility pay down its crippling debt of more than R450-billion.

Since the Budget, Eskom has been allocated a further R59-billion over the next two years by Mboweni.

Eskom contends the correct treatment of the cash gift by Mboweni should have been to accept it as an equity injection, which would allow the utility to spend the cash to reduce its ballooning debt.

The government was forced to allocate the bailout as a result of Eskom’s inability to generate enough revenue to service its mounting debt and to invest in capital maintenance and expansion. In the long term, the government has admitted it would have to allocate about R278-billion to help the utility remain a going concern.

“There are (court) processes under way that, if you add them up together, you will get abut R100-billion revenue,” said Eskom’s Deon Joubert, corporate specialist in finance and regulation.

It is expected the case, in which the National Treasury is a respondent alongside Nersa, will be heard during the first few months of 2020.