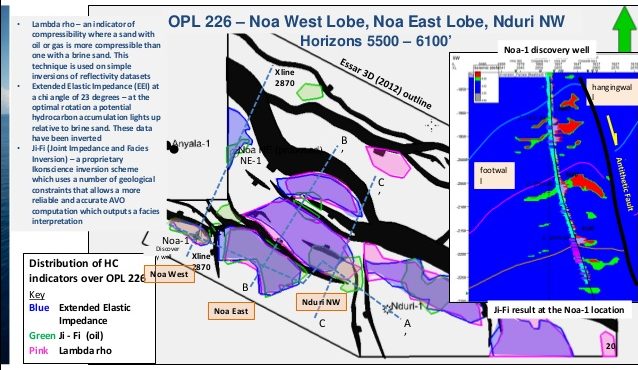 According to the statement by COPL, Shoreline Canada had received and agreed to a project financing and offtake agreement term sheet, providing for a minimum $30 million to a maximum of $50 million Senior Secured Facility, for investment by ShoreCan into its 80 per cent owned affiliate Essar Nigeria, from the MCB”) and Trafigura.

Canadian Overseas said the Facility would provide funding for all production related expenditures following the drilling and testing of the initial production well to be drilled by Essar Nigeria on its 100 percent contracted interest in OPL 226, which is located in shallow to mid-water offshore Nigeria.

The company added that, “Drawing on the Facility is contingent on among other things: An additional $20 million to $33 million of funding from ShoreCan; $100 million funding from an offshore oil services group to deliver the project; a minimum of 6,000 barrels per day production rate averaged over 20 days; and the execution of a formal definitive binding agreement between the parties.”

“Other material terms of the proposed Facility include the following: Two-year term to maturity; and a grant to the lenders of $3 million worth of warrants to purchase COPL common shares for two years with an exercise price equal to the market price of the COPL common shares on the date of closing of the Facility,” it added.

It said Essar Nigeria had prepared a work program for this initial campaign on OPL 226 in the form of a field development plan (FDP) for submission to the Concessionaire, NNPC, while it expects the presentation of the FDP to NNPC to occur in the near term.

It added that ShoreCan was in late-stage discussions with the service provider, which involved the provision of drilling services, the supply of a mobile production unit and a storage vessel for a deferred fee.

As part of the transaction, COPL noted that the Term Sheet provided for Essar Nigeria to enter into a crude oil offtake arrangement with Trafigura, while Cofarco SAS of Paris was engaged as Financial Advisor to the Company for the project financing.

Commenting on the deal, President and Chief Executive Officer of COPL, Arthur Millholland, said, “The Company and Shoreline through our jointly held affiliate have worked hard to achieve this first step in the unlocking of the resource within OPL 226. We are confident that we will complete the process to enable Essar Nigeria to commence this first phase of development operations.”