Evergreen
Home Power Ethiopia aiming to use nuclear for energy

Ethiopia aiming to use nuclear for energy 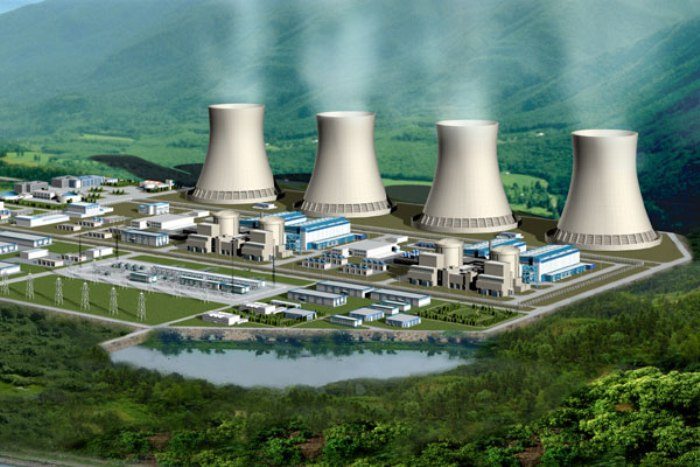 *An artist impression of the Kenyan nuclear facility.

01 April 2018, Addis Ababa — As it can be recalled, Ethiopia signed Memorandum of Understanding on cooperation in peaceful uses of atomic energy with Russian Nuclear Technology Agency, ROSATOM. So, in light of the recent visit of Russian Foreign Minister Sergei Lavrov to Ethiopia, The Ethiopian Press Agency held talks with Minister of Science and Technology, Dr. Eng. Getahun Mekuria about the agreement, the technology and Ethiopia’s aim of using it. Here follows the highlight of the major points raised and discussed.

As to Getahun, the aim to work together on nuclear technology between Ethiopia and Russia started two years ago when a delegate led by Deputy Prime Minister Demeke Mekonnen visited Russia. The delegate was able to visit the nuclear infrastructures of Russia, where talks were held with ROSATOM. A year ago, the MoU was signed in Moscow between Ministry of Science and Technology (MOST) and Russia’s Nuclear Technology Agency, envisaging the development of nuclear infrastructure in Ethiopia, and raising public awareness of nuclear technologies and its application.

The minister added, most people have misconceptions about the use of nuclear power by associating it to Hiroshima, Nagasaki, the Chernobyl nuclear plant accident and the recent Fukushima Daiichi nuclear disaster, not knowing the fact that it has been used for peaceful purposes for the past 70, 80 years.

The number one nuclear technology service is employed for medical purposes, especially for treating cancer. The portion of it that was used for weaponry and war is meager at best, he emphasized.

Coming to Ethiopia’s application of the technology, the Minister stated that in addition to medical use, it has been of use in the country’s industrial sector for a process called ‘instructive testing’; and it is through this technology that big steel needed by the country’s infrastructures are tested.

On top of industrial and medical use, Getahun pointed out the other two ways in which the technology is applied in the country. There is a nuclear technology in Akaki area that utilizes nuclear application aimed at sterilizing lowland flies, and in agreement with IAEA, the ministry has been implementing it for the past two decades by setting up the center, he said. “The aforementioned three types of nuclear application are also used widely in the world, but what differs from our country is the fact that we import the technology itself, the manpower and raw material input.”

There is also another dimension where nuclear power is applied i.e using nuclear power or technology for the purpose of harnessing energy. There are various energy sources like water, wind, solar, geothermal, coal and the likes. And according to the minister, currently, nuclear technology as a source of energy is gaining acceptance around the world.

“So far, Ethiopia is not using this technology, but the agreement we have just reached involves the application of such technology.”

Why the need for it?

Making the case for the need of nuclear power as a source of energy for Ethiopia, the minister outlines the importance of sustainable energy supply to the economic growth and aspirations of the country.

“In its current standing”, he said, “our economy is generating 80 billion USD, and when we enter middle-income country status in 2025, it is expected that we will have a 250 billion USD economy. In the next twenty and thirty years, it may go as far as generating up to one trillion USD.”

Further explaining, Getahun added that there needs to be power supply capable of fulfilling the ever-increasing energy demands of the expanding economy. “If there is a plan to expand an economy by tenfold, then the energy supply should increase by 25 fold. This should be the line of thinking that should be displayed by our country.”

Moreover, he opined that the current energy electric power supply of the country is dependent on dams and reservoirs, and other renewable sources like solar, wind and geothermal, which makes the country’s entire energy supply interdependent on the climate.

“Imagine the crisis that will come if there are rainfall shortages or drought for some years, so we need an energy source that is not dependent on the climate. There needs to be an uninterrupted energy supply that doesn’t get interrupted by anything and that is always capable of shouldering the growing economy – and that is nuclear energy.” We cannot fulfill the country’s energy demand in ten or fifteen years through dams and reservoirs alone, he added.

Getahun argued that as some technologies need 20 to 30 years for preparation work, the country should not be caught unprepared if and when the aforementioned problem occurs in ten or fifteen years from now. Thus, Ethiopia needs to start its preparation on nuclear technology early.

He also noted that it doesn’t mean that the country has lost for not applying the use of nuclear power, as the energy the country generates from its hydro resources is sustainable.

“And considering we are building huge dams, we are set for next few years.” But, this is will only be enough, if the country is not affected by climate change. And besides, as the economy grows, it is inevitable to look into other options as well.

And according to him, although nuclear energy is expensive compared to hydro, wind, solar and other sources, its benefits far outweigh due to its economical use of space, safety/durability, and because it only needs Uranium to be operational once the power plant its safely and accurately set up.

“The type of work we are thinking of doing with ROSATOM is research reactor, the Nuclear Power Plant (NPP) is still some time away,” said Getahune when discussing what the agreement envisages.

He claimed that the research reactor is a way to learn about the medical technology, and develop the capacity of the country’s manpower. “These reactors are set up at universities, where the country’s manpower will be trained and be ready to take over when we build a nuclear power plant. Our plan is to installing research reactors in our Science and Technology Universities and train our manpower for the next five to ten years, and use the technology to assist the industrial and agricultural sector by ourselves.”

Going by this rate, it is inevitable that we go to the power plant, which is a long process and may take 15 to 20 years for a country like Ethiopia that starts from zero when it comes to nuclear technology, he opined.

Minister Getahune finally stated that Ethiopia aims to use the technology for peaceful purposes, and the fact that the Agency provides the support and supervision based on this understanding.