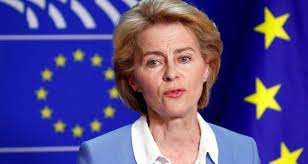 Brussels — European Union countries’ energy ministers will on Monday discuss options for how they could jointly curb gas demand, as the bloc grapples with cuts to Russian supplies and prepares for possible further supply shocks.

“I plan to present to ministers the concrete steps that I believe we have to make, both at member states’ side and the Commission’s side, to be better prepared,” EU energy commissioner Kadri Simson said on her arrival to the meeting of energy ministers in Luxembourg.

The Commission will present an EU plan to coordinate preparations for further gas supply shocks in July.