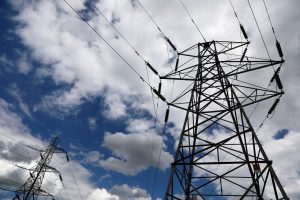 Oslo — European power exchanges operating in Britain plan separate day-ahead interconnector capacity auctions from Nov. 1 if the UK exits the bloc at the end of this month without a divorce deal, operator Nord Pool said on Friday.

In the event of a no-deal Brexit, Britain would no longer be coupled to European power markets. That means capacity allocations via power interconnectors that connect Britain to mainland Europe would be made in a common bidding zone only until Oct. 31 for delivery the next day.

“The solution foresees the removal of the GB bidding zone and lines connected to it from SDAC (Single say-ahead coupling),” Nord Pool said.

“The Single Electricity Market (SEM), which encompasses the island of Ireland, would remain within the implicit day-ahead market coupling with the SEM bidding zone operated in an isolated mode,” it added.

A separate, or “explicit”, auction is held when the transmission capacity on an interconnector is auctioned to the market separately and independently from the marketplaces where electrical energy is auctioned.

With an “implicit” auction, the day-ahead transmission capacity is used to integrate the spot markets in the different bidding areas in order to maximize the overall social welfare in both, or more, markets.

The solution planned by market operators and grids was successfully tested during September.

Despite having set a plan for a no-deal scenario, Nord Pool said in a separate statement that it was still concerned about the prospect.

“Nord Pool remains concerned about the future of the GB day-ahead shared order book and the ability to retain a single reference price, in the absence of any agreement between the two GB Nominated Electricity Market Operators,” it said.

“While Nord Pool continues to engage with all GB stakeholders on this, some parties are proving slow to respond at a time when we feel rapid action is needed if we are to retain the integrity and efficiency,” said Nord Pool.

It added that there is concern that market participants may be exposed to additional risk as a result of a possible creation of multiple index prices and fragmented liquidity.

EPEX SPOT was not immediately available for a comment.