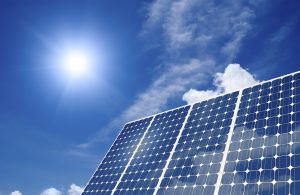 26 June 2018, Paris — French water and waste group Veolia has opened what it says is Europe’s first recycling plant for solar panels and aims to build more as thousands of tonnes of ageing solar panels are set to reach the end of their life in coming years.

The new plant in Rousset, southern France, has a contract with solar industry recycling organisation PV Cycle France to recycle 1,300 tonnes of solar panels in 2018 – virtually all solar panels that will reach their end of life in France this year – and is set to ramp up to 4,000 tonnes by 2022.

“This is the first dedicated solar panel recycling plant in Europe, possibly in the world,” Gilles Carsuzaa, head of electronics recycling at Veolia, told reporters.

The first ageing photovoltaic (PV) panels – which have lifespans of around 25 years – are just now beginning to come off rooftops and solar plants in volumes sufficiently steady and significant to warrant building a dedicated plant, Veolia said.

Up until now, ageing or broken solar panels have typically been recycled in general-purpose glass recycling facilities, where only their glass and aluminium frames are recovered and their specialty glass is mixed in with other glass. The remainder is often burned in cement ovens.

In a 2016 study on solar panel recycling, the International Renewable Energy Agency (IRENA) said that in the long term, building dedicated PV panel recycling plants makes sense. It estimates that recovered materials could be worth $450 million by 2030 and exceed $15 billion by 2050.

The robots in Veolia’s new plant dissemble the panels to recuperate glass, silicon, plastics, copper and silver, which are crushed into granulates that can used to make new panels.

A typical crystalline silicon solar panel is made up of 65-75 percent glass, 10-15 percent aluminium for the frame, 10 percent plastic and just 3-5 percent silicon. The new plant does not recycle thin-film solar panels, which make up just a small percentage of the French market.

Veolia said it aims to recycle all decommissioned PV panels in France and wants to use this experience to build similar plants abroad.

Worldwide, Veolia expects tonnage of decommissioned PV panels will grow to several ten of millions of tonnes by 2050.

IRENA estimated that global PV waste streams will grow from 250,000 tonnes end 2016 – less than one percent of installed capacity – to more than five million tonnes by 2050. By then, the amount of PV waste will almost match the mass contained in new installations, it said.