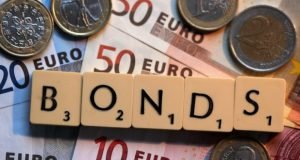 The data underscores the role China’s burgeoning middle class is increasingly playing in determining the corporate and economic health of Europe, as concerns grow that their spending has slowed as Chinese economic growth cools.

Among the pan-European STOXX 600 index, consumer firms including Swatch, Richemont and BMW, derived the biggest chunk of revenues from China – with a total of 120 billion euros ($137 billion) sales from the country, the analysis based on companies’ estimates of their 2019 revenue shows.

That is nearly a third of the estimated 449 billion euros in total revenue to be derived from China. The total 2019 revenue for Europe’s listed firms is 6.7 trillion euros, meaning China accounts for about 7 percent overall.

Energy and basic materials companies are among the biggest recipients of revenues from China, the world’s biggest consumer of metals, and the most exposed.

More than half of BHP Group’s annual revenue comes from China, while Rio Tinto relies on China for 44 percent of its revenue.

China’s fourth-quarter growth data topped off a year of figures showing a serious slowdown, confirming that 2018 was its worst year for GDP growth since 1990 amid an ongoing trade dispute with the United States which has dented global growth.

The world’s top two economies will try to agree a truce to end the spat with the latest round trade talks which are due to kick off in Washington on Wednesday.