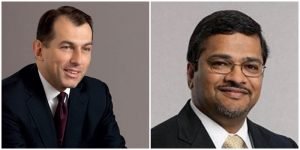 30 October 2018, Sweetcrude, Lagos — Two former executives of collapsed oil company Afren were sentenced to up to six years in prison in the UK on Monday after they were convicted of fraud and money laundering over a $300 million business deal.

The oil chiefs are accused of reportedly receiving secret payments in connection with oil deals in Nigeria which had a value of more than £300 million.

“The significant sentences reflect the seriousness of this fraud. Shahenshah and Ullah violated their duties and their employees, the board of directors and shareholders paid the price,” Lisa Osofsky, the director of the SFO, said here in a statement.

While the executives have been sentenced to a total of 30 years in jail, the terms will be served concurrently. Shahenshah, who was also the co-founder of Afren, will serve six years, while Ullah will serve five years, the SFO said.

Legal representatives for Shahenshah and Ullah did not immediately respond to requests for comment.

The criminal investigation began in June 2015 following a self-report by Afren, while the defendants were charged with four offences in September last year.

Shahenshah and Ullah created shell companies and agreed a side deal with one of Afren’s Nigerian oil partners from which they would benefit, without the knowledge of Afren’s board, the SFO said.

The two men, who did not enter a plea, were found not guilty at Southwark Crown Court on a separate charge relating to a management buyout of another of Afren’s business partners.

Afren went into administration in July 2015 after failing to secure support for a refinancing and restructuring plan.

Before its collapse in 2015 under the weight of huge debts after oil price was halved, Afren, an African oil and gas firm, was sought-after on the stock market.

At its peak Afren had a value close to £2 billion on the FTSE 250 index.

Shahenshah and Ullah were fired in 2014 after law firm Willkie Farr & Gallagher concluded they had received millions of pounds in unauthorised payments from Afren’s Nigerian partner.

The oil executives were both banned from running companies for 14 years earlier this year.