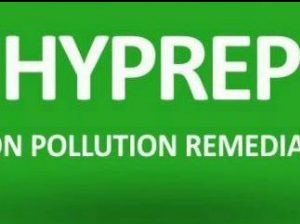 Port Harcourt — A group known as Ex-artisanal Refiners in Ogoni have condemned the protest carried out by some Ogoni youths at the Federal Ministry of Environment in Abuja, against the ongoing Hydrocarbon Pollution Remediation Project, HYPREP, in Ogoniland.

This came after some persons who claimed to be members of the Ex-artisanal Refiners in Ogoni carried out a protest in Abuja, demanding for alternative livelihoods to dissuade them from re-polluting the area.

But, in a swift reaction, Chairman of the Ex-artisanal Refiners in Ogoni, Mr Terry Ereba, called on the security agencies to clamp down on the protesters, alleging that the contractors who failed to secure contracts from HYPREP were behind the protest.

Ereba also alleged that the protesters were imposters hired by greedy members of the area for selfish interest.

“We are calling on the security agencies to invite all those people that protested in Abuja. The protest was intended to dent the image of the Ogoni people. We the real Ogoni indigenes are supporting the leadership of Dr Ferdinand Giadom, as coordinator of HYPREP.

“Some of them approached me that I should follow them for the protest to cause problem for the HYPREP coordinator, Ferdinand Giadom, but I told them that this man is just six months old in the office and should be given time,” he said.

He continued: “Presently, HYPREP has concluded plan to train 5,000 persons in Khana and Eleme and Gokana. They planned to empower the youths after the training of all the LGAs that was formerly involved in the illegal oil refining business.

“But because of their greed and selfishness, they want to take contract by force, they went to Abuja to destroy our names. Those people are not part of us, they are not ex-artisanal refiners.

“They want to cause problem in Ogoni and I want to use this opportunity to tell the federal government of Nigeria that if they want to do the real thing, they should come to Port Harcourt, which is the HYPREP office.”

Similarly, the National Youth Council of Ogoni People, NYCOP, has also dissociated the council from the protest.

President of NYCOP, Mr Barinuazor Emmanuel, said there was never an occasion that their attention was drawn concerning any misgivings in HYPREP or complaining of the inadequacy of the Coordination Office or its official.

“Protest is only necessary when all grounds of settlement or reaching resolution has failed.

“Innocent and unsuspecting widows and youths were mobilised all the way from Ogoniland to Abuja under the guise that the Honourable Minister for Environment, Barr. Mohammed Hassan Abdullahi, called for an audience with them, especially the widows of Ogoni 9; but on arrival, they were forced into carrying placards and demonstrating in front of the Ministry as protesters.

“This is so absurd considering the current socio-political situation the country is facing, the difficulty travelling on road from the south to Abuja and risk faced on such journey,” he said.