on: September 26, 2018In: Community Development 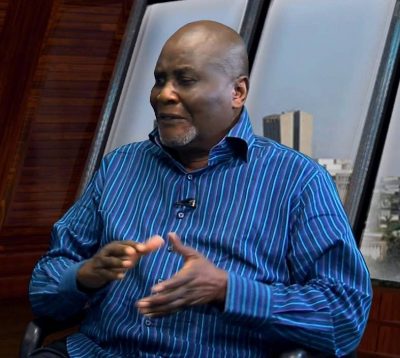 26 September 2018, Sweetcrude, Warri, Delta State — Ex-militants have been told not to distract the Coordinator of the presidential amnesty programme and Special Adviser to the President on Niger Delta, Professor Charles Dokubo with their incessant protest.

Condemning the recent protest by some youths at the Bayelsa end of the East-West road a group, the Niger Delta Amnesty Vendors’ Association at a meeting with ex-militant leaders in Warri, Delta state said the ex-agitators should work for the success of the Presidential Amnesty Coordinator, Prof Dokubo.

“Our attention has however been drawn to the recent protest along the Bayelsa state section of the East-West road calling on the president to sack Prof. Charles Dokubo for some frivolous reasons that even they, the protesters are still at a loss at how to properly convey and some other faceless petitioners who have persisted with petitions that started a month into the tenure, leaving us to wonder the indices used for judging an administration in its first month.

We all are aware of these mischief-makers and their baseless allegations aimed at denting the image of a hardworking man, destabilizing the rhythm we now have, and in effect influencing another sad failure of the programme.

While we are concerned on the likely misinformation and sentiments it can cause to the reading public on the character and style of the new leadership, our greater worry is the wrong notion it might send to others on the intent of Niger Deltans towards their fellow Niger Deltans, and the sad fate is that it seems as if the region cannot produce a qualified persona to lead the office even after given a reputable professor the responsibility to manage the programme.”

The group in a communiqué at the end of the meeting signed by seven persons also called on the federal government to effectively fund the amnesty Programme, adding that it should reduce the unnecessary bottlenecks slowing operations of the amnesty office.