Expert advocates for purely oil and gas bank in Nigeria 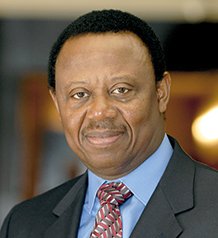 Lagos — Experts in Nigeria’s oil and gas sector have urged the federal government to license a purely oil and gas bank to cater for investors needs.

The call was made during the First Akomeno Oteri Annual Lecture organised by the Nigerian Association of Petroleum Explorationist, NAPE in celebration of its 45th anniversary.

Managing Director of AMNI Nigeria Limited, Mr. Tunde Afolabi, who championed the call, said a solely oil and gas bank is needed because it would better understand the dynamics of the sector as against a general bank.

According to him, banks funding to the country’s oil and gas sector dropped by $3 billion in 2019, adding it may further dwindle this year and beyond if a drastic solution to financing challenges is not sought. Indigenous oil companies operating the marginal fields are the worst hit in terms of funding constraints.

Nigeria’s oil and gas industry had enjoyed a robust funding of around $12.5 billion in 2014.

Afolabi said capital spend of the oil industry between 2010 to 2019 was influenced by high oil prices, adding that drop in prices had affected oil exploration, production and investment.

He revealed that the yearly capital spending of the sector when oil prices averaged $100 per barrel was around $18 billion, however, investments had since crashed to $7.5 billion per annum between 2016-2019 when oil price averaged $60 per barrel.

Oil prices had dropped to around $18 per barrel at the first quarter of 2020 as a result of the coronavirus pandemic as against $60 per barrel in January.

As a result, over 100 million of crude oil were left stranded without buyers.

Countries such as Nigeria that depended on revenue from crude oil exports suffered the most as the country could not fund its 2020 national budget, leading to a number of decisions such as deregulation and an end to the fuel subsidy era.

Oil prices have since climbed to around $45 per barrel on Friday.