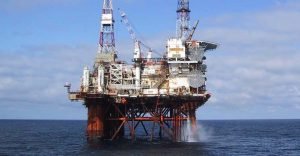 Lagos — Oil and gas stakeholders have outlined some provisions in the Petroleum Industry Bill, PIB, 2020, which, according to them, remain of concern to the industry.

The issues were presented by Mr. Mike Sangster, Chairman, Oil Producers Trade Section, OPTS, on behalf of the group at the Senate public hearing on the Bill in Abuja.

According to OPTS, the issues have the potential to hinder the realisation of the PIB’s laudable objectives, reduce Nigeria’s global competitiveness and deter the much-needed investments to grow new projects.

The operators argued that the PIB does not present favourable environment for future investments and for the launching of new projects, lacks key enablers for domestic gas development and does not clearly preserve the terms of existing investments.

They also said the document segregates between upstream and midstream deemed assets, contains several provisions that introduce administrative complexities and ambiguities that could potentially lead to disputes and does not broadly support the growth of all indigenous companies by providing specific provisions and incentives.

“Our review of the PIB shows that the deepwater provisions do not provide a favourable environment for future investments and for the launching of new projects”, they said, adding that to ensure investors were encouraged to finance deepwater projects, the PIB should grant deepwater oil projects a full royalty relief during the first five years of production or a graduated royalty scheme.

They said the PIB does not address the key challenges facing gas development in Nigeria, such as inadequate midstream infrastructure, regulated gas pricing, huge and long outstanding debts, etc., thereby potentially jeopardising the realisation of government’s aspirations for the domestic gas sector.

“The PIB should provide a clear path for transitioning to free market-based pricing, not add additional compliance conditions on domestic gas delivery obligations as a precondition for export gas supply and allow pre-existing contracts and agreements to run their course,” they stated.

Maintaining that the PIB does not clearly preserve the terms of existing investments, the operators stated: “Preservation of base business and rights simply means honouring existing agreements and it is critical to promoting a stable business environment and maintaining investor confidence”.

They also argued: “The PIB requires that companies operating consolidated upstream and midstream assets separate and incorporate their midstream assets as distinct legal entities. This proposed framework may be applicable for new projects, but not for assets developed on an integrated basis”.