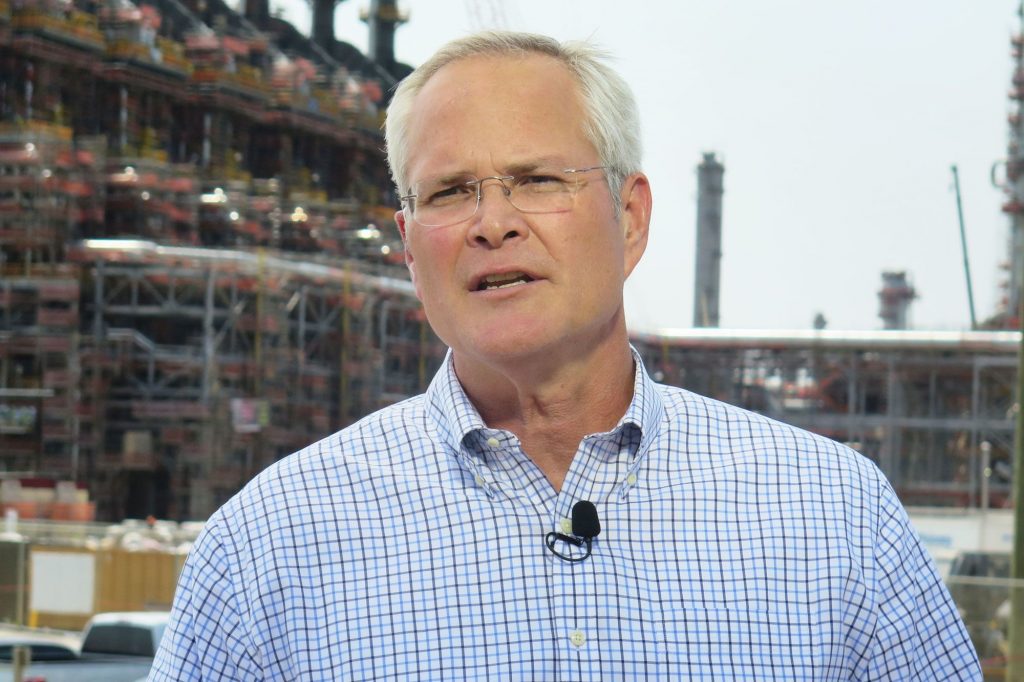 27 December 2018, Houston — Things haven’t been this bad for the world’s biggest oil stock since Ronald Reagan became president. But brace yourself, 2019 may not be much better.

Exxon Mobil Corp., down 22% for the year, is headed for its worst annual performance since 1981 when the U.S was in recession and a 20-year crude glut was just beginning. The decline comes as Exxon pursues one of the largest restructurings in its modern history, a seven-year, $200 billion push for oil in South America and natural gas in Mozambique and Papua New Guinea.

With one of corporate America’s strongest balance sheets, the concern isn’t whether Exxon can fund the rebuild. The question from investors: What can you do for me in the meantime? The awkward answer may be “not much,” at a time when oil prices are plummeting.

As rivals restrain growth and buy back stock, Exxon is the one “with the bull’s-eye on their back,” said Mark Stoeckle, who manages $2.6 billion including Exxon shares at Adams Express Co. “They weren’t terribly efficient in the last cycle. What do they do differently? This time it has to work.”

That may be more difficult with Venezuela making aggressive naval maneuvers targeting the company’s ships in Guyana, where Exxon is pursuing one of its much-needed sources of new oil production. Perhaps more importantly, oil prices in New York have fallen more than 40% since reaching a high of $76.41 on Oct. 3.

It’s a double-edged sword for the architect of the restructuring, CEO Darren Woods.

Strategy validated
On one side, it validates his strategy to build lower-cost oil and gas assets abroad that can withstand the uncertainties that come with the shale boom, as well as the transition to cleaner energy sources. On the other, it puts him at odds with investors who, seeing the uncertainty, want companies to return as much profit to shareholders now as possible.

Royal Dutch Shell Plc, for instance, is down less than 10% for the year after stepping up its buyback program at the end of October, when oil prices were still high. The company said it will repurchase $2.5 billion of shares, compared with $2 billion in the previous tranche. Exxon has made no similar effort.

Exxon’s problems largely stem from flag-planting deals made at the peak of commodity prices over the past decade. Exxon spent $35 billion on U.S. shale gas producer XTO Energy Inc. in 2010 when the real money was to be found in shale oil. It invested $16 billion in Canadian oil sands since 2009, only to de-book much of the reserves. Meanwhile, former CEO Rex Tillerson’s 2013 exploration pact signed with Russia was caught behind a wall of sanctions and later abandoned.

The history of Big Oil shows that when faced with declining production or reserves, executives tend to bulk up with mergers or acquisitions. Instead, at least publicly, Woods’s answer is to go back to basics: buy or discover what he believes to be the world’s biggest and lowest-cost resources, develop and operate them, and then move the resulting oil and gas into Exxon’s global refining and chemicals supply chain.

The five key development areas — deepwater oil in Guyana and Brazil, liquefied natural gas in Mozambique and Papua New Guinea and shale oil in the U.S. — were not in Exxon’s portfolio in 2014. Woods says they will generate half of the upstream earnings by 2025.

“The resource base wasn’t up to scratch for the post-2014 oil price environment so they needed to move down the cost curve,” said Fernando Valle, a New York-based analyst at Bloomberg Intelligence. “It will take a lot of time and investment for them to catch up, but it’s something they have to do.”
Price Slump

Shale oil holds the most promise for the short-term. Exxon this year overtook its rivals to become the most active driller in the prolific Permian Basin, where the company has said it shale wells can make double-digit returns with oil at just $35/bbl. Still, the 40% drop in oil prices since October has pushed oil sold in New York below $45, leaving less and less room for profit.

Meanwhile, investors are worried the projects abroad will take years to fully develop. “I’m not sure how much of the market is moving on a 20-30 year time horizon,” Woods said in an interview in May. “There’s a little bit of a disconnect between how the market thinks about the business and values it in the time frame that it’s using, versus what we have to do internally.”

Perhaps to gain time, Woods has made some efforts this year to win over Wall Street. After being attacked by analysts for being one of the only companies not to put executives on quarterly conference calls, Exxon changed its policy, with one member of the management committee, known as the ‘God Pod’, now taking questions.

Famously secretive, the company also gave shareholders more financial information and access to board members. But those efforts have had little effect on the stock price in the face of earnings reports that disappointed investors. Year-on-year production has declined nine of the last 10 quarters and earnings have missed estimates four of the last six.

Exxon’s production of 3.65 MMbpd in the second quarter was the lowest in a decade.