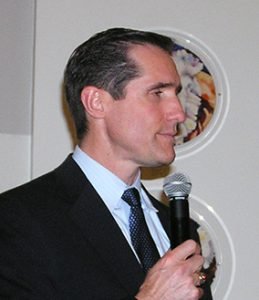 02 May 2018, Sweetcrude, Houston, Texas – ExxonMobil Corporation has said that Jeff Woodbury, vice president of investor relations and secretary, has elected to retire after 35 years of service.

Following this, the board of directors has elected Neil Hansen, downstream controller, as vice president of investor relations and secretary, effective July 1.

Woodbury graduated from the University of Southern California with both a bachelors and masters of science degree in petroleum engineering.

He is on the board of councilors of the University of Southern California Viterbi School of Engineering and is a member of the Society of Petroleum Engineers.

Hansen became audit division manager in 2008 in Houston. He moved to Irving as senior financial advisor in 2009 and became investor relations advisor in 2010.

In 2012, Hansen was appointed manager of planning and financial markets in the treasurers department, and became affiliate finance manager in 2013. The following year he moved to Thailand where he took on the roles of lead country manager and manager of business services. He was appointed to his current position in 2017.

Hansen graduated from Oklahoma State University with a bachelor’s degree in marketing and earned a master of business administration from the Thunderbird School of Global Management and a master of science in accounting from the University of St. Thomas.