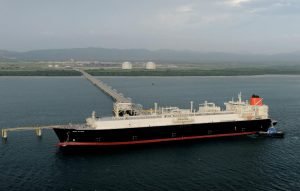 27 February 2018, Melbourne – At least 14 people were reported killed in landslides and by collapsed buildings during a powerful earthquake in the remote Papua New Guinea highlands, police and a hospital worker said on Tuesday, with unconfirmed reports of up to 30 dead.

The magnitude 7.5 earthquake that struck early on Monday at a depth of 35 kilometres in Papua New Guinea’ Southern Highlands province had affected operations at the ExxonMobil-operated PNG LNG export project, forcing the company to shut the $19 billion facility, which is the country’s biggest export earner.

Two buildings collapsed and along with a landslide killed 12 people in Mendi, the provincial capital of the Southern Highlands, said Julie Sakol, a nurse at Mendi General Hospital, where the bodies were brought to the morgue.

“People are afraid. The shaking is still continuing. There’s nowhere to go but people are just moving around,” she said.

Dozens of aftershocks rattled the area, including a 5.7 quake on Tuesday afternoon, the U.S. Geological Survey reported.

The project includes a gas conditioning plant in Hides and liquefaction and storage facilities near Port Moresby with a capacity of 6.9 million tonnes per year.

ExxonMobil’s PNG unit said on Monday that “all employees and staff are safe and accounted for following a magnitude 7.5 earthquake in the Highlands at approximately 3:40am today.”

The company said it had activated its emergency response plan and was working to mobilise support.

“We are continuing to assess damage to our facilities in Southern Highlands and Hela Provinces. The Hides gas conditioning plant has been safely shut down and our wellpads have been shut in as a precaution until full assessments can be completed,” it said.

“Flights into the Komo airfield have also been suspended until we are able to survey the runway,” ExxonMobil said.

Due to the damage to the Hides camp quarters and continuing aftershocks, ExxonMobil PNG is putting plans in place to evacuate non-essential staff.

“We are also concerned about the impact the earthquake is having on our nearby communities. While telephone communications have been impacted in the region, we are working with aid agencies and our community partners to better understand damage in the local area,” it said.