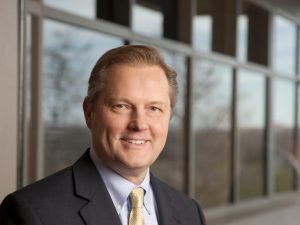 Albers, 61, was elected to his current position as senior vice president and a member of the corporation’s Management Committee in 2007.

Throughout his career, Albers held a variety of managerial positions in development, operations, production and engineering.

Albers joined Exxon USA in 1979 and after several assignments in Texas and New Jersey, he was transferred to Esso Australia in Melbourne in 1991 and held operation management roles.

Albers held positions as Alaska interests manager and production manager for the Western U.S. In 2001, he became vice president, Chad/Nigeria for ExxonMobil Development Company in Houston, and later was executive assistant to the chairman at headquarters in Irving, Texas, prior to becoming president of ExxonMobil Development Company in October 2004.

Albers is a member of the Society of Petroleum Engineers, the Institution of Engineers Australia and the board of trustees of the United States Council for International Business. Albers serves on the executive committee of the board of visitors of M. D. Anderson Cancer Center, the Texas A&M Engineering Advisory Council, the Society of Petroleum Engineers Industry Advisory Council, the board of directors of the National Action Council for Minorities in Engineering, Inc., and the Association of Former Students, Texas A&M University.

In 2017, the Society of Women Engineers presented Albers with the prestigious Rodney D. Chipp Memorial Award, which recognizes an individual or company for making significant contributions to the acceptance and advancement of women in the engineering field.