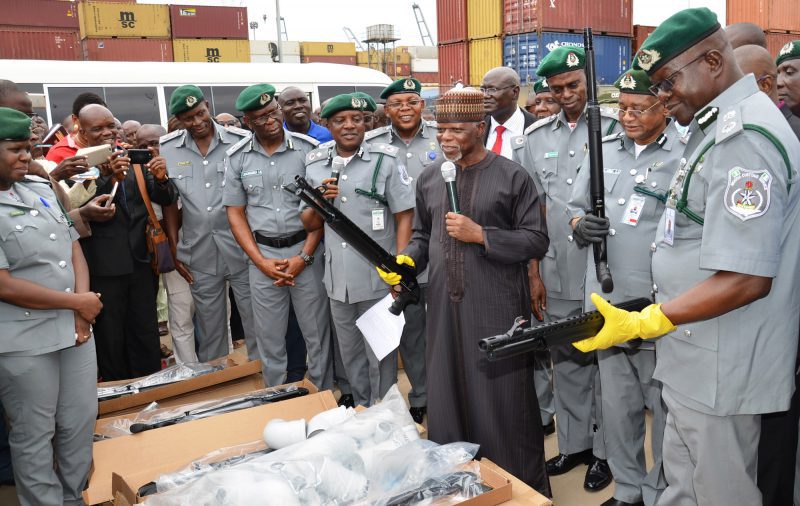 25 May 2018, Sweetcrude, Lagos — Port operations have been grounded since Monday following the failure of the Customs server resulting in the difficult of importers, their agents and other port users to process documents to enable them take delivery of their consignments.

Disclosing this in Lagos, Customs Area Controller, CAC in charge of Apapa Area1 Command, Jibrin Musa, lamented that it has been difficult to work since on Monday.

Speaking at a meeting with journalists in Lagos, the Customs boss said the challenge as system errors experienced in the execution of the NICIS 2.

The Apapa Customs boss who was represented by Yahaya Mukhtar, Officer in Charge of Customs Processing Centre (CPC) Apapa, called for stakeholders understanding of the situation, even as he called on importers to always make correct declarations.

He said that wrong declaration and infractions if the major cause of delay in cargo clearance.

According to him, “Since on Monday, we have not been able to access any work, importers have been able to capture any job, it means they have to start capturing tomorrow and taking delivery, it means another one day delay”

“We have held a meeting with the NICIS 2 team on some of the system errors, the NICIS 2 is a new platform and I am sure we would overcome it”

“Apapa command is not the pilot project, the NICIS 2 was kick-started at KLT command and later at Tin Can Customs, but it is getting better by the day, the challenges in Apapa is very little compared to those we experienced at Tin Can,” he said.

Jibrin however assured that the server failures will not lead revenue losses for the command.

He said that at the moment, the Apapa port has only one scanning machine and that this is not adequate for the backlog of containers.

“The scanners are not working, and we have only one scanner that is working in Apapa, at Tin Can and other areas we do not even have any, but in Apapa we have one that is functioning”

“If you have a backlog of works, how many containers can pass the scanner? If every importer wants to pass their containers through the scanning site it would not be obtainable because we have just one machine” he said

Musa also said that the roads have posed a challenge to the Apapa port operations.