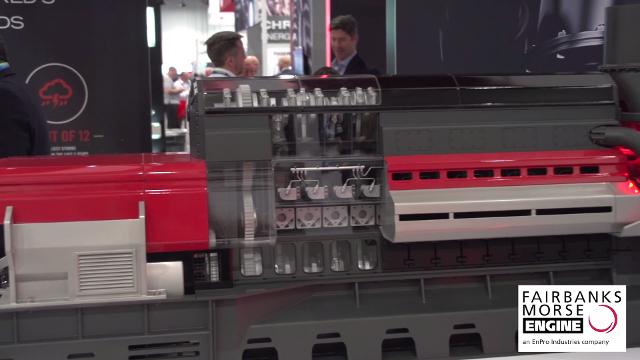 Backed by fuel efficiency and reliability guarantees that are monitored in the cloud-based platform, PoweReliability-as-a-Service reduces risk and operating expenses for end users who want to generate their own power – whether remote, off-grid, or grid-tied. In a 10-megawatt power plant configuration, Fairbanks Morse projects $35 million in savings to be achieved in fuel consumption and increased reliability.

“Coupling the launch of our ground-breaking Trident OP engine with the PoweReliability-as-a-Service platform is the next evolution in Fairbanks Morse’s long history of providing affordable and reliable distributed power generation. This platform-based approach will allow us to accelerate our corporate mission to deliver power where it is needed most,” said Fairbanks Morse President Marvin Riley. “This first-of-its-kind solution enables our customers to become reliable independent power producers – even in the most remote areas of the world that do not have access to a dependable grid. We believe PoweReliability-as-a-Service can empower economic growth, access to clean water and healthcare, and community safety.”

Today, 1.2 billion people in the world lack access to power and another billion only have access to intermittent power. These emerging economies are expected to see a 41 percent increase in energy demand through 2040. Alternatively, in the United States where energy demand is flat, an aging grid and superstorms are causing power reliability issues with increasing frequency. Nine of the 12 most expensive storms in U.S. history happened in the last three years. In both situations, decentralized generation, independent power production, and microgrids are seen as the enablers needed to drive reliable power in the new energy economy. As a result, Navigant Research estimates that annual distributed generation capacity additions will outpace centralized generation three-fold by 2024.

“This platform-based approach is transforming the way electricity is produced and consumed globally. The result is an emerging grid that is cleaner, more distributed, and increasingly intelligent – also known as the Energy Cloud,” said Adam Forni, Senior Research Analyst with Navigant Research. “Generator manufacturers like Fairbanks Morse are pushing disruption by providing new platform-based solutions that are efficient, flexible, and leverage remote monitoring, controls, and predictive analytics. The platform-based approach will allow them to unlock new business models and position them to serve growing demand from commercial and industrial facilities for both grid-tied and remote applications.”

The PoweReliability-as-a-Service platform is enabled by cloud-based bi-directional data and control so that power generation can be monitored in real time to deliver on specified fuel and reliability guarantees. As an open platform, it can be customized to include the integration of hybrid distributed energy resources (DER) such as renewable base loads like solar, wind, combined heat and power (CHP), and energy storage to facilitate particular use cases. Fairbanks Morse PoweReliability-as-a-Service will enable independent power producers and C&I end customers to integrate the DERs of their choosing to operate fully as an independent microgrid or, where available, participate in ancillary market services such as demand response.