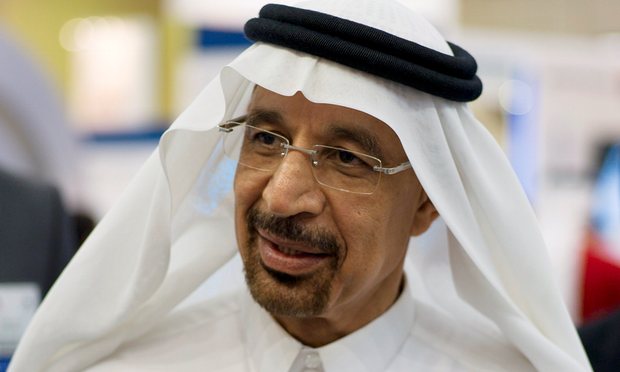 VIENNA — Saudi Arabian Energy Minister Khalid al-Falih said on Saturday that the agreement between the Russian and Saudi leaders at the sidelines of the G20 to extend the OPEC+ oil supply cut agreement from July would help reduce global inventories and balance the oil markets.

Al-Falih wrote on his official Twitter account that the partnership between Riyadh and Moscow paves the way to guarantee the interests of both oil producers and consumers, as well as the continued growth of the global economy.

Russia agreed with Saudi Arabia to extend by six to nine months a deal with OPEC on reducing oil output, Russian President Vladimir Putin said in Japan, as oil prices come under renewed pressure from rising U.S. supplies and a slowing global economy.