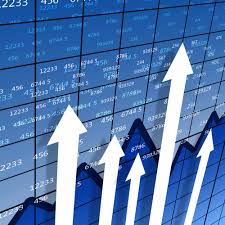 17 February 2015, Lagos – Economic experts have projected an average growth of five per cent for Nigeria in 2015, warning that the country will begin to feel the full impact of the decline in oil prices within the next couple of months.

Analysts at Dunn Loren Merrifield, in their Economic Review and Outlook, titled, ‘Growth encircled by vulnerabilities,’ said, “We highlight that dwindling oil prices coupled with lower oil production volumes and its attendant impact on macro-economic indicators remain significant risk to growth in the near term.”

They further projected an average inflation rate of about 10.5 per cent to 11 per cent for 2015, driven by pressures arising from the increase in electricity tariff expected to take off from June 2015 and the devaluation of the naira, among others.

They, however, expressed confidence that the reforms in the power sector will impact positively on inflation in the country, as a relatively stable power supply will help bring down the cost of doing business.

They said, “Though inflation rate remained within the single digit band in 2014, we expect renewed inflationary pressures particularly from January 2015, in reaction to the devaluation of the naira to N168 from N155 considering the fact that Nigeria largely remains an import dependent economy.

“Pressures arising from the increase in electricity tariff expected to kick in from June 2015 and the import duty on imported cars is also expected to push inflation higher in the current year.

“In the medium to long term, we are optimistic that the multiplier effects of the on-going power reforms will also contribute in easing inflationary threats and reducing the cost of doing business. Our view is underpinned by the fact that inflation in Nigeria is largely driven by cost-push factors rather than demand pull factors.”

According to them, although prices are expected to average $65-$70 in 2015, we also do not discount the possibility that global oil prices could continue to decline beyond these levels.

“We are of the view that oil prices would likely hover around current levels till the latter part of the second quarter of 2015. Consequently, we believe Nigeria, as a matter of urgency needs to successfully develop its non-oil sector and generate revenues from alternative sources. We are optimistic that non-oil revenue has immense potentials to increase in the near term,” they explained.