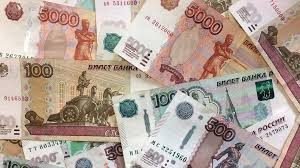 Moscow — The rouble fell on Thursday, hit by sliding oil prices and shrugging off support from month-end tax payments, while shares in Russia’s second-largest lender VTB outperformed on dividend optimism.

Oil prices dropped sharply on Thursday, extending falls from the previous session as trade tensions, including between the United States and China, dampened the demand outlook.

The rouble’s drop reversed much of Wednesday’s gains made after Russia’s finance ministry sold $1.44 billion in rouble-denominated OFZ bonds which have received significant foreign demand this year.

Anastasia Sosnova, an analyst at Freedom Finance, said the rouble had lost the support of high oil prices and strong demand for OFZ bonds that it had received in recent months.

“If Brent crude does not continue its fall, the rouble will most likely remain is the range of 64-65 per dollar in the near future,” Sosnova said in a note.

The rouble also tracked other emerging market currencies pressured by China’s warning of difficult times ahead due to its trade dispute with the United States.

Lower oil prices also put pressure on the stock market but Russia’s No.2 lender VTB outperformed with its shares jumping more than 10% on the day after media reports that it plans to pay 50% of its profit in dividends in 2019-2022.

Stock indexes were down.