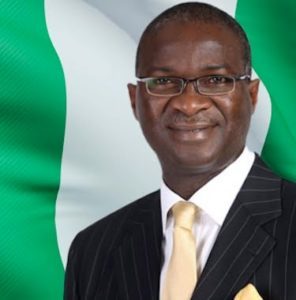 18 July 2018, Sweetcrude, Lagos — Minister of Power, Works and Housing, Babatunde Fashola, has directed the Nigerian Bulk Electricity Trading, NBET, to work with the Bureau of Public Enterprises, BPE, to fashion out ways to ensure that the electricity distribution companies or Discos improve their collection remittance and also start to pay their debts.

In a statement by the Ministry of Power, Works and Housing, Fashola said Discos’ remittance of their collections and payment of their debts would help promote stability in the power sector.

“This business cannot progress if debtors do not pay their debts”, he said, stating that it was neither his intention nor that of government to take over the business of the Discos.

The minister declared that “on the contrary, it is government’s desire to see Discos thrive and flourish in a competitive environment”, adding that, “in the period when they are not yet ready, willing, or able, life must go on and we must find solutions and substitutes as we have seen in other sectors”.

Such sectors where other substitutes have been provided, he said, included the broadcasting, newspapers and telecommunication, where, according to him, those who could not compete conceded and left the stage “gloriously without breaking down the system”, while those who could compete have brought better living conditions to Nigerians.

Stating that his directives to NBET and BPE should not be seen as anti-privatisation, Fashola said they were meant to ginger all stakeholders to brace up to their responsibilities to serve the people.

“Privatisation has brought us mega value in broadcasting; it has brought us better value in newspapers, telecommunications, banking and other sectors of our national life and I remain convinced that it will deliver in power,” he said.