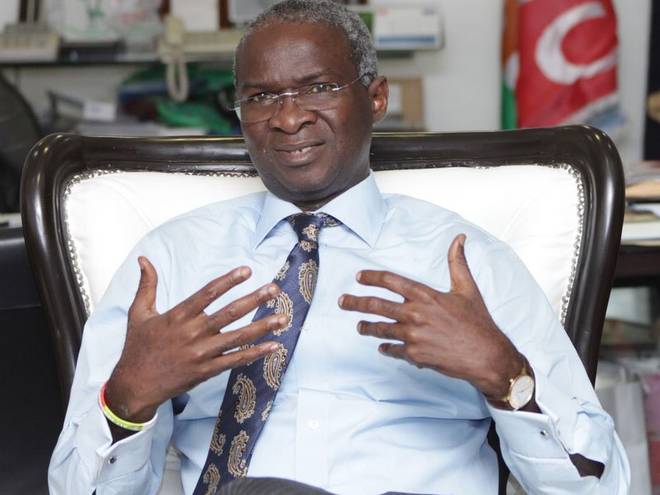 He told Channels Television on Sunday that although the government has yet to completely fulfill the promise made in 2015, even those criticising the present administration would not argue the improvement in the power sector.

“We set very high aspirations and we will get there, and what I am saying today is that we have improved on what we met, and that is unarguable and unimpeachable,” Fashola said during his appearance on Sunday Politics.

He added, “And we have done so in shorter time and with less resources. Let their (the critics) sympathisers continue to weaponise the challenges they created but the truth is that we are the ones solving the problems that we met.

“That’s why we sought the office because we think we are better than them and we have proven that we are.”

The minister explained that there was a need to invest in power, whether on the part of the government or the private sector or from both sides if the sector must develop.

According to him, it is important for the people to compare where they are to where they are coming from, and the promises made by the present administration.

Fashola revealed that upon his assumption of duty in 2015, he set out a clear agenda for the ministry that it would first seek to achieve incremental power, saying it was already yielding results.

“Since I came, we have completed projects they didn’t complete, we have evacuated 800 containers they left at the port; that’s mediocre administration… they didn’t administer a government.”

The minister, however, admitted that the numbers were not as important as the experience of Nigerians who are the consumers.

He noted that the government has not gotten to its destination yet, but the people can attest that power supply has improved in the last three years.

While the people still spend money on fuel in the case of a power outage, Fashola insisted that the case was not the same compared to the previous administration.

He stressed states like Kebbi were getting about 24 hours of power supply because there was a local arrangement in place to ensure people pay for the electricity consumed.

The minister added that he got a report from some residents of Maiduguri, the Borno State capital recently that the government should reduce the “24-hour” power supply in their area because they cannot afford to pay for it.

On the off-grid power supply, he said, ”We have been innovative, we are targeting market, we are targeting universities, we are promoting individuals and businesses to get their own energy under the existing regulations that we have championed.”

“So, we have a mini-grid policy … and I see a very clear path to solving this problem. If I didn’t, I wouldn’t remain.”