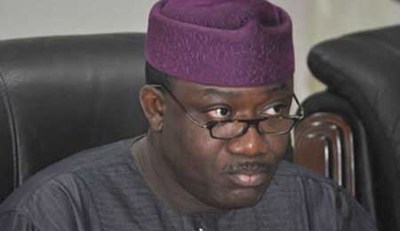 12 March 2018, Sweetcrude, Abuja – The Minister of Mines and Steel Development, Dr. Kayode Fayemi, has revealed that a technical audit on the Ajaokuta Steel Company, commissioned by the Federal Government, would be ready in the next six weeks.

Fayemi disclosed this at a press conference in Abuja, where he also announced that the present administration would not spend any money to complete the steel plant.

The minister, who stated that the Federal Government had sunk over $8 billion into the project since 1979 without any result, pointed out that no fewer than 14 organisations from different countries had since 2016 indicated interest in the Ajaokuta Steel Complex.

He said: “We have also said to them that we are not going to repeat the mistake of the (ex-President Olusegun) Obasanjo administration. We will not undertake the re-concession without one, a technical audit; two, a transaction advisory service that will look into all these and advise us accordingly as to who really has the technical capacity, the financial wherewithal, and the track record to really bring Ajaokuta back to life.

“However, the government took a principled position on one thing: that Nigeria will not spend one dollar on the so-called completion of the Ajaokuta steel plant. The reason for that is very simple; today from our record, we have spent close to $8 billion since 1979 when this process started and we have not seen the result.”

The minister added that the government and the House of Representatives agreed on the concession of the plant and that the House approved the sum of N2 billion for the purpose in 2017.

The House had two weeks ago passed a vote of no confidence in Fayemi and the Minister of State for Mines and Steel Development, Alhaji Abubakar Bwari, following their failure to appear before it for sectoral debate on the steel plant.

The lawmakers also instructed the ministers to suspend every step towards the concession of the plant, adding that they preferred that the government should invest and complete the project.