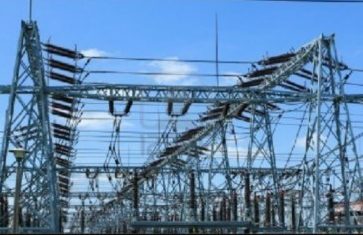 Oscarline Onwuemenyi
13 October 2017, Sweetcrude, 2017 – President Muhammadu Buhari has announced that his government will restructure the power sector to optimise the operations of electricity distribution companies (Discos).

The president, who was represented by the Minister of State for Budget and National Planning, Mrs. Zainab Ahmed, at the closing ceremony of the 23rd Nigerian Economic Summit in Abuja on Thursday, said the government was interested in taking another look at the privatisation exercise to see what could be done to tighten up loopholes and create optimal benefit for all stakeholders.

He said the review would effect changes in the ownership structures of Discos such that operators who could not sustain their facilities, relinquish their stakes to capable investors.

The president said that negotiations would kick off with the restructuring of power generation companies, and then Discos to ensure high service delivery.

In a plenary session at the start of the summit, Vice-President Yemi Osinbajo had spoken against the call for the government to recapitalise the power sector.

He said that operators should transfer ownership to investors if they could not sustain their facilities.

The Chairman of Heirs Holding and an operator in the power sector, Mr. Tony Elumelu, made a call for the government to inject additional funds to the sector.

He said the government should increase its stakes up to 60% and then sell it to capable investors with money and expertise to turn the sector around.

Also speaking at a session on infrastructure, the Vice Chairman of General Electric (GE), Mr. John Rice, has told the Federal Government to as a matter of urgency address the infrastructure challenges the country is facing as Nigerians can’t wait forever.

He said, “Nothing else matters other than that Nigeria should fix its power, transport and other basic infrastructure.”