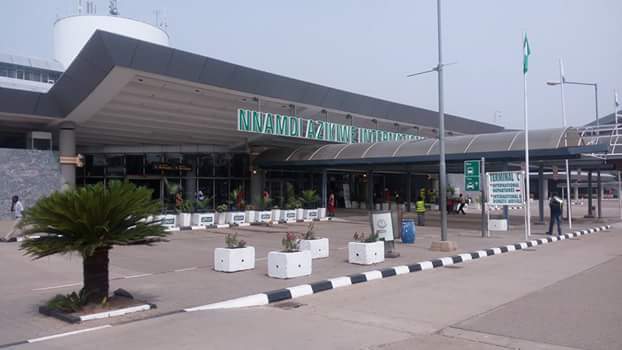 Oscarline Onwuemenyi
11 January 2017, Sweetcrude, Abuja – The Federal Executive Council on Wednesday approved the contract for the provision of independent power supply (at N61 per kilowatt/hour) to the Nnamdi Azikwe International Airport, Abuja.

The Minister of State for Aviation, Mr. Hadi Sirika, disclosed this to State House correspondents at the end of the council’s first meeting of the year presided over by President Muhammadu Buhari at the Presidential Villa, Abuja.

Sirika said the contract was awarded following the structural challenges encountered in the construction of a new terminal at the airport being handled by a Chinese firm.

The minister said, “The new terminal building at the Nnamdi Azikiwe Airport, which is called Chinese Building has challenge of power, water, sewage, apron etc, that we are putting up there. So, we have to find a way of dealing with those challenges – we are putting up an independent power system at the airport, which has been approved by FEC.

“Subsequently, we will also tend to the challenges of water, sewage, apron, connectivity between old and new airport and all the fire stations that is blocking the usage of the airport and perhaps, also the control tower that is connecting the other side of the airport.

“All these will be attended to in phases in preparation for the full utilisation of the airport.”

The Minister of Power, Works and Housing, Mr. Babatunde Fashola, said the council also approved a N5.44bn contract for the rehabilitation of the 36km Ugbokolo section of the 9th Mile/Oturkpo Road that links Enugu State to Benue State.

According to him, the contract was awarded to the firm already handling other sections of the highway and is expected to complete it in 24 months.