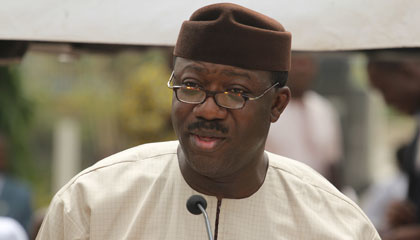 01 february 2018, Sweetcrude, Abuja – The Federal Government has disclosed that about 18 Chinese are facing prosecution for engaging in illegal mining in the country, while 36 Nigerians have also been arrested for the same offence.

This is as the Federal Executive Council (FEC) has approved N2.328 billion for the purchase of 50 operational vehicles for anti-smuggling task force as well as 82 units of two bedroom residences for Custom officers living in Abuja.

Briefing State House correspondents after the weekly Federal Executive Council meeting which was presided over by President Muhammadu Buhari at the Presidential Villa, Abuja, the Minister of Mines and Steel Development, Dr. Kayode Fayemi said that Police were handling the case of illegal miners.

Also briefing, the Minister of Finance, Mrs. Kemi Adeosun said FEC approved N2.338 billion for the purchase of the vehicles and housing scheme for Customs Officers in Abuja.

According to her, the approvals were given based on two memos she presented on behalf of the Nigeria Customs Service (NCS).

She disclosed that N1.2 billion was approved for acquiring bedroom units at Lifecamp in Abuja for NCS and N1.128 billion for 50 operational vehicles for Anti-smuggling Task Force.