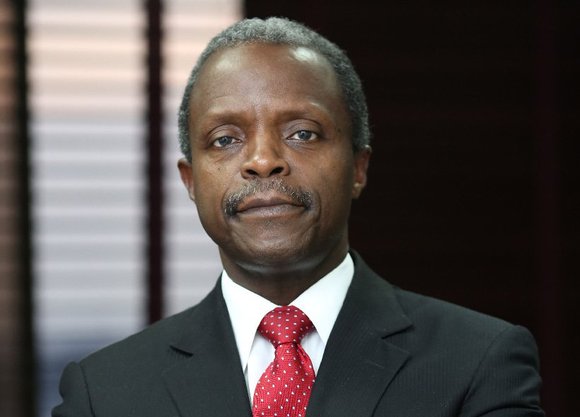 09 May 2018, Sweetcrude, Abuja – In line with global open governance beneficial ownership structure, the Federal government has said it is determined to end the secret ownership of companies and properties in Nigeria.

This, according to the Vice President, Prof. Yemi Osinbajo, is part of the Federal Government’s efforts to end grand corruption in the country.

The Vice President, who spoke at the Open Government Partnership (OGP) weeklong activities in Abuja, yesterday, noted that the Corporate Affairs Commission (CAC), is working in partnership with the government of the United Kingdom to build an open beneficial ownership register that will house ownership data, which will bring anonymous company ownership to an end in Nigeria.

He also revealed that the Presidential initiative on continuous audit in the Federal Ministry of Finance was set up to clean up the federal payroll and pension system across all the ministries, departments and all agencies.

According to him, “The initiative has worked in this regard and helped the Federal Government saved more than N200 billion by eliminating ghost workers as at March 2018.”

Osinbajo also said that 106 government agencies now have Freedom of Information (FoI) desk officers who make information readily available to whoever wants it in compliance with the FOI Act.

The Vice President said the Federal Government has also set up a presidential committee on asset recovery and developed procedure and guidelines to ensure that all government funds are paid into the Treasury Single Account domiciled with the central bank.

The Vice President who confirmed the recovery of Abacha loot totaling $322 million since November 2017, added that recovered loots are included in the annual budget of the Federal Government for appropriation by the National Assembly and that some of the funds would be committed to revamping infrastructure and the national social investment programme.

On his part, the British High Commissioner to Nigeria, Paul Arkwright, observed that citizens today have access to technology, which provides new tools and resources to monitor what their government promises and delivers and are increasingly demanding more from their leaders.

He warned that transparency is simply not enough until it positively affects the standard of living of the people, saying, “countries with strong civil society groups tend to have less corruption, high integrity for the public good.”

On 2019 general election, the British Envoy said while the Independent National Electoral Commission (INEC) has a job to do and the citizens have role to play, it will take responsible leadership and participation to ensure that accountability and transparency around the process is matched by peaceful, free, fair credible voting.

In his intervention, the Secretary to the Government of the Federation (SGF), Boss Mustapha, expressed the readiness of the Federal Government to give assurance that all information received under the whistle blower policy would be treated with utmost confidentiality.

Mustapha added, “In the past few weeks, some statistics are being bandied by some international organisations on the perception of corruption in Nigeria. Many of the institutions that produce these reports do not understand the contextual and peculiarities of corruption problem in Nigeria.

“Often they arrive at conclusions and observations, which paint a picture of a situation that is far from reality. It is fair to say that our story is best told by us and we should never expect third parties to see our corruption problems better than ourselves.”