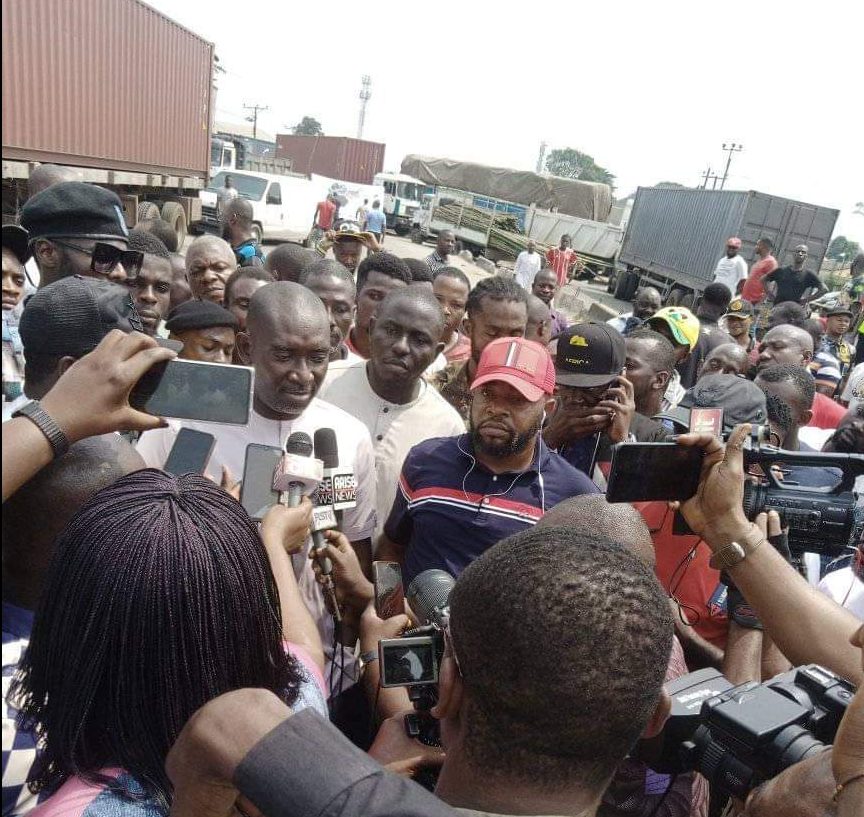 Port Harcourt — The Minister of Niger Delta Affairs, Sen. Godswill Akpabio has appealed to protesting Niger Delta youths to bear with the Federal Government, assuring that the Ministry is taking steps to address the deplorable state of the Eleme-Onne Section of the East-West road, to complete the project by 2022.

Recall that various youth groups in Ogoniland since Monday have laid siege on the road, halting all economic and business activities on the road.

As a result, the Minister of Niger Delta Affair met with the Ogoni Stakeholders on Wednesday night, to appeal for peace and calmness by the youths in Port Harcourt, Rivers State.

The Minister, who was represented by the Permanent Secretary of the Ministry, Dr. Babayo Ardo informed that, with the review of the initial contract scope of work and contract unit rates imperative, specific measures for addressing the contingent site conditions militating against the progress of work were taken.

Conveying the efforts being made by the Federal Government through the Ministry on the progress of work on the upgrading of 15km Port Harcourt to Onne Port Junction Section lllA of the ongoing East-West Road Dualization project contract, the Minister noted that the initial contracts for dualization of the 338km road linking Warri to Oron through Kaima, Ahoada, Port Harcourt, Ogoni and Eket Townships (Sections 1-1V) was initially awarded in four sections to four different contractors in 2006.

“lt is well known that Section 1 (Warri – Kaima covering km. 0+000-Km.15+000 was not part of the contract initially awarded in 2006 because it was in good condition having been dualized earlier.

“Due to poor annual budgetary provisions, the contract for upgrading of Section IIIA awarded in 2014 could not commence until the Ministry paid the contractors the full mobilization Advance in 2020. The condition of the road deteriorated during the period of delay and there has been serious encroachment on the right-of-way initially delineated for the road.”

“It is in pursuance of this objective that the Ministry stepped down 345 projects and committed N10 billion in the current 2022 budget while Niger Delta Development Commission made provision of N10 billion in the 2020 annual budget and another N25 billion in 2021 budget to impact positively on the rate of progress of work on the East-West road.”

The Minister therefore urged the Ogoni Youths, relevant stakeholders and Niger Deltans “to exercise patience with us as the Ministry is committed to bringing succour to the People of the Niger Delta Region.”