23 April 2014, Abuja – The Federal Government on Tuesday inaugurated the organising committee for the 2014 Oil and Gas Trade and Investment Forum, with a mandate to attract more investments to the oil and gas sector. 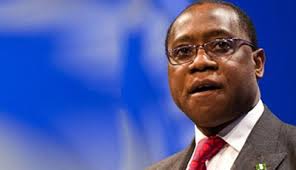 The Minister of State for Industry, Trade and Investment, Dr. Samuel Ortom, inaugurated the committee at the headquarters of the ministry in Abuja.

He said the forum, the third in the series, would be held at the Onne Oil and gas Free Trade Zone, Port Harcourt, Rivers State on October 30 and 31.

Ortom said last year’s forum recorded over 2,500 participants with about 100 exhibitors, adding that over 500 investment enquiries were received by the ministry and the Oil and Gas Free Zone Authority.

“Considering the importance attached to this forum and the success recorded in the previous editions, particularly with regards to investment drive, the ministry expects the organising committee to work assiduously at ensuring that this year’s forum records a better success in the area of attracting more domestic and foreign direct investment to the sector,” he said.

The minister said considering the importance of the forum, a draft memo by the committee on this year’s outcome should be forwarded to the ministry before the end of November.

The draft memo, according to Ortom, will be sent to the Federal Executive Council by December for consideration and approval.

He said, “It is important to note that the Onne Oil and Gas Free Zone is structured and designed to address specific needs and requirements to the advantage of various types of corporate bodies in the oil and gas industry.

“Also worthy of note is the fact that the Onne Oil and Gas Free Zone was established as a tax-free centre for processing, manufacturing and assemblage of goods that encourage acquisition of skills, create jobs, ensure transfer of technology, local content production, enhanced foreign exchange and backward integration to the host country.

“The Federal Government is committed to consolidating the success achieved so far and is poised to support the promotion of the Onne Oil and Gas Free Trade Zone Authority as the new gateway for the oil and gas industry in the region.”

Responding, the Chairman of the committee, Mrs. Chidi Ikpechukwu, expressed optimism that this year’s forum would attract more investment interests than the previous editions.

“The 2014 forum will be better than the 2013 edition. We have been given a responsibility and we are going to work hard to deliver results, and we will make Nigeria proud again,” she said.