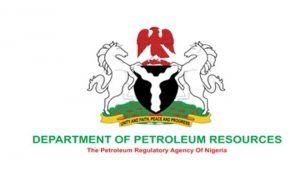 27 July 2018, Lagos — The Department of Petroleum Resources (DPR) said the Federal Government earned N748 billion from taxes and royalties paid by oil and gas companies operating in Nigeria in 2017.

This was contained in DPR’s report made available at a workshop organised for energy reporters in Lagos on Friday.

The report said the revenue represented about 83 per cent of the agency’s target.

The report also stated that the agency renewed close to 25 oil blocks, which had combined revenue of about 1billion dollars.

According to the report, the agency granted approval for 16 new field development plans in 2017, which would increase the nation’s oil and gas production by 560,463 when completed.

“We renewed 19 expired leases in 2017 to enhance upstream investment influx and accelerate oil and gas reserves and production growth.

“We actively supported the implementation of a major gas commercialisation programme, which seeks to create a regulatory framework to facilitate gas flare monetisation to end gas flaring by 2020,” the report said.

The agency said it issued ten licences and approval for development of gas production and processing facilities that culminated in the commencement of the operation of the plant.

The agency said it revised and issued new DPR procedure guide for the determination of quantity and quality of petroleum products in Nigeria.

It added that this was meant to fund national budget and incentivice upstream investment by ensuring security of tenure, long gestation and payback period for oil and gas investments.

“This improved the efficiency in the administration of crude oil export and production accounting,” the report added.