‘FG will give attention to Bakassi Deep seaport in 2022’ 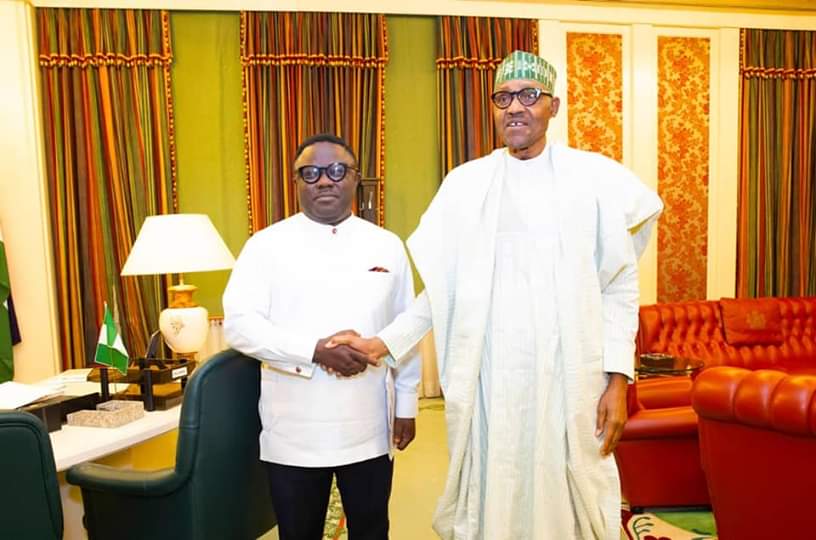 Port Harcourt — The federal government will accord special attention to the Bakassi deep seaport and the 275 kilometres superhighway in 2022, to ensure a full realization of the projects, Cross River State Governor Ben Ayade has said.

Ayade particularly said that the Bakassi Deep seaport has received a boost, and has been approved as Nigeria’s first agro deep seaport by the Federal Government.

The governor spoke in Calabar, after his return from a meeting with President Muhammadu Buhari and key officials in Abuja.

“I had a very wonderful session with the presidency and I want to announce with joy that the presidency has shown very strong commitment to the Bakassi Deep seaport and the superhighway which is basically the core reason of my being in Abuja for this long.

“I want to thank the Secretary to the Government of the Federation, Mr. Boss Mustapha, Chief of Staff to the President, Professor Ibrahim Gambari, Minister for Transport, His Excellency, Rotimi Amaechi, his colleague in the Aviation Ministry, Seriki Hadi, Minister of Finance, Budget and National Planning, Zainab Shamsuna Ahmed.”

Similarly, the governor extended his appreciation to Northern governors, noting that they were also in support of the projects, especially the Bakassi Deep seaport with an evacuation corridor through the 275km super highway.

“The President is committed to seeing that this project is realised and I want to specially thank the Senate President and the Speaker of the House of Representatives and the strong commitment of the holistic team of the APC family who are fully committed to the realization of this opportunity.

“Besides also, it is only natural for the South South and the South Eastern flanks to have a direct maritime connection to Northern Nigeria.

“Again, I would like to reiterate that my ambition is to take Atlantic Ocean closer to Northern Nigeria to allow them the beneficiation process of taking full advantage of solid minerals deposits that abound in the northern part.

“Unfortunately, this huge mineral deposits will remain unexploited as far as there is no access to a maritime corridor.

“So the Bakassi deep seaport with an evaluation corridor through the superhighway creates a great opportunity for Northern Nigeria to have a bliss and an opportunity to have a gate way into financial freedom.

“Indeed, I believe that the prosperity agenda that will be ushered into Northern Nigeria, occasioned by the existence of this super highway and the deep seaport will be unbelievable, because as it is today, Nigeria has only one maritime getway in terms of commercial maritime transaction,” the governor said.