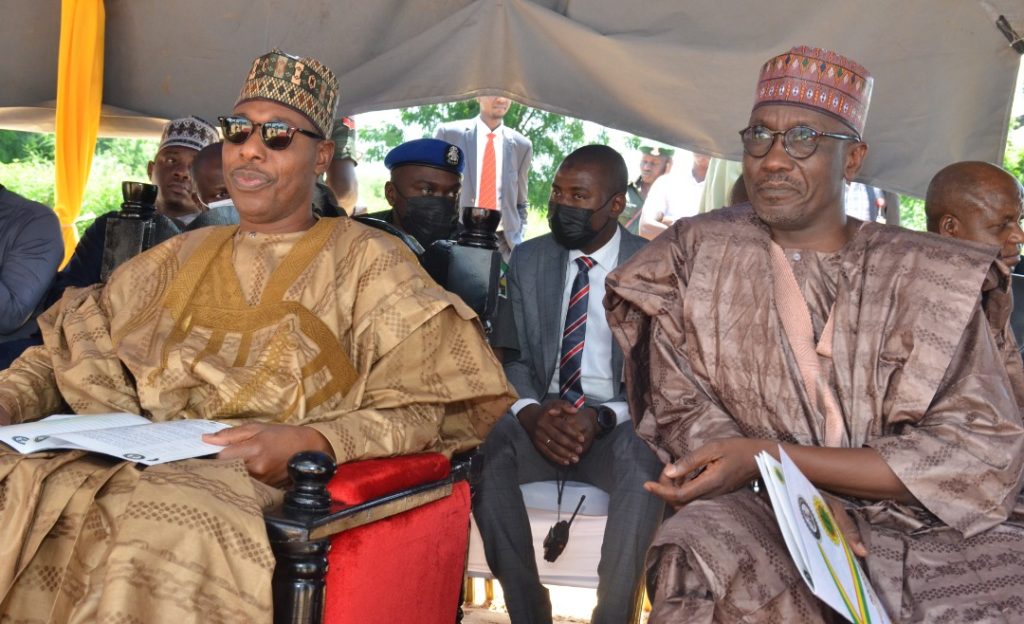 *Governor Babagana Zulum of Borno State with Mallam Mele Kyari, the GMD of the NNPC

Lagos — The Federal Government through the Nigerian National Petroleum Corporation, NNPC, on Thursday, flagged off construction of a 50 megawatts gas power plant.

Upon completion, the plant would supply electricity to Maiduguri and environs.

Approved by President Muhammadu Buhari, the emergency power project followed the sustained attack on power supply lines (330 KVA and 132 KVA lines) from the National grid to Maiduguri by suspected terrorists which have put the city and environs in total blackout for the past 9 months

The project would be executed by the NNPC in collaboration with Chinese and American firms.

In August 2021, NNPC signed an official contract with China Machinery and Engineering Corporation, CMEC and General Electric, GE for the construction of the project.
The corporation stated that the groundbreaking ceremony on Thursday signified the official commencement of the project as the contractors had since moved to the site.

Speaking at the occasion, the Group Managing Director of NNPC, Mr Mele Kyari, gave the assurance that the project would be delivered in good time and has already awarded the contract to General Electric Global for the supply of gas turbine.

Kyari said orders have already been placed for turbine and other facilities for the project.

While performing the groundbreaking ceremony in Maiduguri, the Governor of Borno State, Babagana Zulum, said
Zulum said that the project would bring significant relief to the people of Borno state and expressed gratitude to the Federal Government under the leadership of President Buhari for approving the construction of 50 megawatts power plant which is the first of its kind in the history of the country.

He said the plant would impact positively on socio-economic activities of the state which has been crippled by the destruction of electricity towers by the insurgents.

He assured residents of the commitment of his administration to work with all stakeholders to ensure the successful completion of the project in the stipulated 6 months time frame.