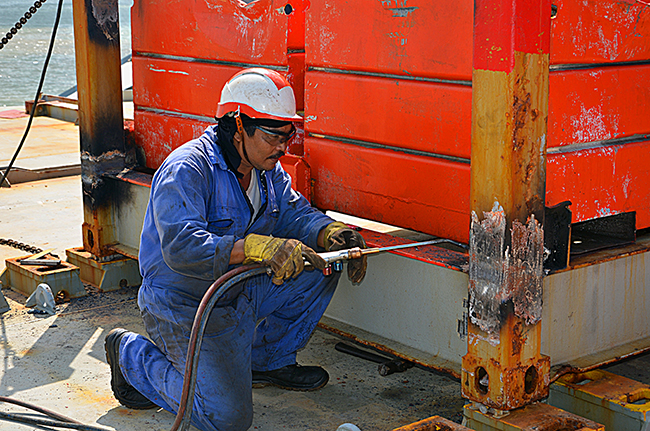 *A Filipino welder works on an unspecified structure onboard a container vessel.

“The amount does not include money remitted via non-bank channels as well as cash physically brought home by sailors on vacations,” lawmaker Aniceto Bertiz said in a statement.

“We see the demand for Filipino sailors rising steadily in tandem with international merchant ship traffic, as economies around the world continue to expand,” Bertiz said, adding the demand will grow as the global economy expands in 2019 and 2020.