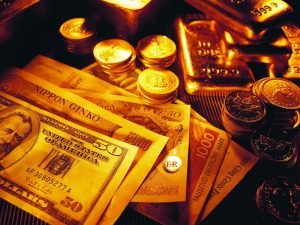 20 October 2017, Sweetcrude, Houston, Texas — The local and international financial market products and services update.
NIGERIA: Nigeria plans to increase its budget to a record 8.6 trillion naira ($27.34 billion) in 2018, up 15.5% from this year to stimulate growth, according to a draft budget document seen by Reuters on Thursday. The country, which has Africa’s biggest economy, emerged from its first recession in 25 years in the second quarter and has trimmed its forecast for 2017 growth to 1.5% from 2.19%, according to the document. The draft figures must be approved by the Senate before a budget is submitted. The document was prepared by the budget ministry, dated in August and titled 2018-2020 Medium Term Expenditure Framework and Fiscal Strategy Paper. Nigeria has increased its budget each year under President Muhammadu Buhari, who took office in May 2015, in a bid to spend its way out of a downturn caused by low oil prices but struggles to fund it completely or increase revenues.

FX: Pattern was unchanged in the I&E window and market remains offered in the $/N 359 – 360 levels. So far this week, average daily turnover stands at $307mio, up 59% when compared to $193m recorded last week for the same period. We expect to see a similar trend next week with the upcoming bond auction.

Bonds yields yesterday opened higher at open but demand quickly crept in with focus mostly on 2027s and 2036s. Bill market was skewed to the sellers yesterday as street prepares for FX retail auction and the round of liquidity tightness to follow.

U.S: President Donald Trump’s closest advisers are steering him toward choosing either Stanford economist John Taylor or Federal Reserve Board Governor Jerome Powell to be the next Fed chief, according to several people familiar with the process.
Trump has not yet made up his mind, the people said, though he has publicly promised to announce a decision soon. Besides Taylor and Powell, his shortlist of five candidates also includes the current Fed Chair Janet Yellen, former Fed governor Kevin Warsh, and National Economic Council Director Gary Cohn.

U.K: Britain’s budget deficit narrowed more than economists forecast in September, helped by solid growth in income and sales taxes.
The shortfall was 5.9 billion pounds compared with 6.6 billion pounds a year earlier, the Office for National Statistics said Friday. That was far better than the 6.5 billion-pound median forecast in a Bloomberg survey.
Receipts increased 3.4% year-on-year, with income tax up 3.2% and value-added tax rising 3.6%. There was a 20% jump in stamp duty on property transactions.
The September figure leaves the deficit in the first half of the fiscal year at 32.5 billion pounds, more than 7% lower than the same period a year earlier.

COMMODITIES: A surge in crude prices faded as Iraq sought to restore flows from fields in a disputed region after violence had curbed output in OPEC’s second-biggest producer.
While futures in London rallied 3.4% from last Friday through Wednesday this week as tensions flared in the Kirkuk province, prices have pared gains. Iraq engineers were said to be working to replace equipment missing from fields in the region that government troops recaptured this week from Kurdish forces. Government data Wednesday showed U.S. gasoline stockpiles rose for a fourth week while distillates expanded for the first time since August.