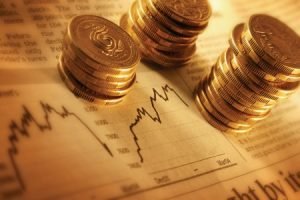 30 October 2017, Sweetcrude, Houston, Texas — The local and international financial market products and services update.
NIGERIA: Nigeria’s Central Bank Governor Godwin Emefiele said on Friday he expected inflation rates to fall at a faster pace and hit high single-digit rates mid-next year. “We are very optimistic that food prices will come down, and as they come down it will help to complement the reduction in core inflation,” Emefiele told journalists on the sidelines of an investment conference at the London Stock Exchange, adding he expected a “more aggressive moderation.” “We are hoping that by the middle of next year we should begin to approach the high single digits,” he said. Around 9% would be a good target, he said. Annual inflation in Nigeria slowed for an eighth month in September, easing to 15.98%. Nigeria, which has Africa’s largest economy, emerged from its first recession in 25 years in the second quarter as oil revenues rose.

FX: Last week, market was well bid in the I&E window mostly driven by dividend payments and the absence of significant inflows. Turnover in the window was soft compared to the previous week despite the bond auction held on Wednesday. Turnover stood at $859.34m. Naira traded a range of $/N 330 – 362.00 in the window.

FIXED INCOME: Initial sales at open gave room for some buying in bonds on Friday. Popular tenors remain the 2027s and 2037s and the buying was led by locals. There was also demand for short dated bills with money market now long N44bn. This week, more inflows are expected into the system. Focus will be on how aggressive CBN’s mop up exercise will be.

U.K: The Bank of England may be heading for its first interest-rate increase in a decade, which will lift the cost of a variable or tracker rate 200,000-pound mortgage ($262,000) by almost 300 pounds a year. So who makes that call? Here are the nine members of the Monetary Policy Committee about to decide if there’s a risk inflation is getting out of control and the U.K. needs higher borrowing costs.
The former Bank of Canada governor and Goldman Sachs banker joined the BOE in July 2013. The first foreigner to lead the institution, he’s been criticized for giving mixed messages on interest rates in the past and clashed with lawmakers over Brexit.

E.U: The Spanish economy extended its strong performance in the third quarter, keeping up the momentum that’s now at risk from the crisis in Catalonia.
Output expanded 0.8% in three months to September, in line with a Bank of Spain estimate, the National Statistics Institute said Monday. While the pace is down from 0.9% in the second quarter, it’s still above the 0.5% average forecast for the euro area, which reports on Tuesday.
The GDP report didn’t include a breakdown of components but it provides an overview of the economy in the run-up to an illegal referendum in the wealthy region of Catalonia that culminated in a unilateral declaration of independence from Spain last week.

COMMODITIES: Oil in London struggled to hold on to a rally that took prices above $60 a barrel as the prospect of OPEC’s output curbs being extended clashed against the potential for more U.S. supply.
Brent crude futures swung between gains and losses after closing at the highest level since 2015 on Friday to post a third weekly gain. There’s much for investors to be optimistic about — Saudi Arabian Crown Prince Mohammed bin Salman backs extending production cuts by the Organization of Petroleum Exporting Countries and its allies beyond March, and Qatar’s seeing global inventories shrink. Still, U.S. output is keeping them wary.