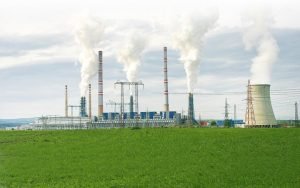 Sofia — A 135-meter high chimney has collapsed in a fire that broke out at one of the desulphurisation installations at Bulgaria’s largest thermal power plant Maritsa East Two during planned repairs on Monday, the energy ministry said.

Over 80 firefighters were rushed to the 1,620 megawatt coal-fired plant in southern Bulgaria following the fire alert on Monday morning and have since managed to contain the fire, the fire safety agency said. There were no casualties.

“The fire that erupted this morning at the Maritsa East Two plant will not affect the security of the energy system,” Energy Minister Temenuzhka Petkova, who has visited the plant, told reporters.

The fire started at one of the absorbers of the installation at Unit 8 which was closed for planned repairs, the energy ministry said in a statement.

Another unit is also shut down for annual repair works. The remaining units of the plant, which produces between 15% to 20% of Bulgaria’s electricity, are operating normally, the ministry said.