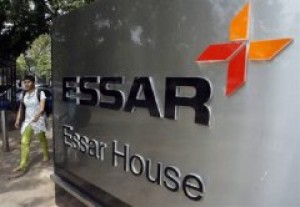 22 August 2018, London — Fire engines were sent to Essar Oil UK’s 200,000 barrel per day oil refinery in northwest England on Wednesday after smoke was spotted, although the scale of the fire was unclear, a local fire service spokeswoman said.

“There was a report of a large plume of black smoke. We have several pumps at the scene,” a spokeswoman for the Cheshire fire service said. In a statement, the service said engines from five locations were on the scene.

She added there had been no reports of casualties. Essar was not immediately available for comment.

“Firefighters have been called to reports of a fire at Stanlow Oil Refinery… All staff have been accounted for and have been evacuated,” the fire service said in a statement on its website.

Local fire crews were working with onsite firefighters to extinguish the fire which is believed to be in a manufacturing building within the plant, the fire service said.

Essar Oil UK, owned by the Indian billionaire Ruia brothers’ Essar Group, bought the refinery near Ellesmere Port from Shell in 2011. Around 900 people work at the refinery, according to its website.

Last September, Essar Oil UK said it expected a $250-million (£193.6 million) upgrade of the refinery to improve its basic profit margin by $1 a barrel as it will be able to process a greater variety of cheaper crude oils and raise output.