Fire breaks out at Tehran oil refinery; no reports of casualties 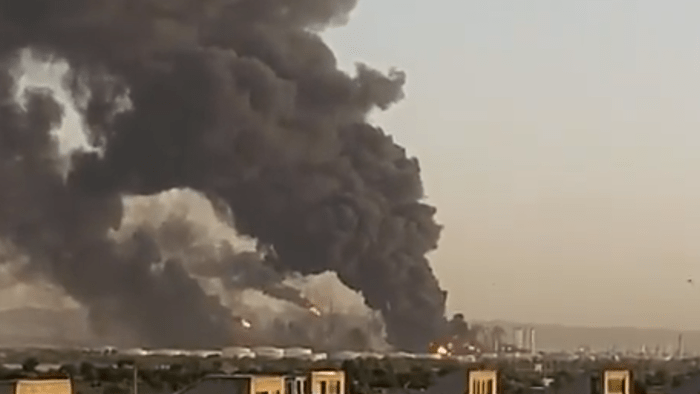 DUBAI — A huge fire broke out at an oil refinery in the southern part of the Iranian capital Tehran on Wednesday, Iranian state media reported, saying there were so far no reports of casualties.

Iran’s semi-official Tasnim news agency said all operations had been suspended at the facility, known as the Tondguyan refinery, as firefighters tried to contain the blaze.

“A leak at a liquid gas pipeline at the facility sparked the fire,” Mansour Darajati, the head of Tehran’s crisis management organisation, told state TV. The cause of fire will be investigated, he added.

Shaker Khafaii, head of the Tehran Oil Refining Co, which runs the refinery, ruled out the possibility of sabotage, Iran’s state TV reported.

Iranian media said ambulances and firefighters had been dispatched to the area, while TV said thick plumes of black smoke over the refinery could be seen from different parts of Tehran.

The fire at the refinery happened a few hours after Iran’s largest navy ship the Kharg caught fire and later sank in the Gulf of Oman.