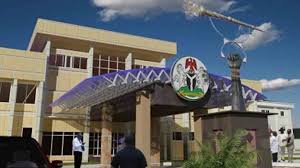 Port Harcourt— The lawmaker representing Ohaji/Egbema constituency in Imo State House of Assembly, Mr. Cyriacus Okoro Heclus, has accused the Shell Petroleum Development Company of Nigeria, SPDC and the Nigerian Agip Oil Company, NAOC, of recklessness in carrying out their operations in the state.

Both SPDC and NAOC are operating in Ohaji/Egbema Local Government Area of Imo state.

The lawmaker made the assertion after inspecting the pipeline fire explosion which occurred from an SPDC facility in Etekwuru, Obuoma-Dike community of Ohaji-Egbema LGA, on the 4th of February 2020.

Heclus who was accompanied for the inspection by the House of Representatives Member representing Ohaji-Egbema/Oguta/Oru-West, Mr. Uju Chima Kingsley, and other stakeholders, alleged that the explosion resulted to loss of lives, extensive destruction of aquatic lives and means of livelihood of his people.

He expressed displeasure over what he described as countless damages caused by the recklessness of Shell, while berating SPDC and AGIP for their “inhuman treatment” towards his constituents.

“The people of Ohaji-Egbema Constituency cannot boast of any positive impact from these companies that have subjected my people to perpetual hardship without appliance of conscience or implementation of corporate social responsibilities.

“The companies involved have been written to appear before the House, for execution of legislative duties that is geared towards compelling the oil companies to attend to their responsibilities. The security agencies and other relevant authorities should intensify efforts in searching for the missing five constituents.”

Also, the House of Representatives Member representing Ohaji-Egbema/Oguta/Oru-Westn Mr. Uju Chima Kingsley, regretted that the explosion has consumed both aquatic lives and properties of the people leaving around in the area.

“I got the information and I thought it was a minor fire outbreak, from what I’m seeing here, the level of damage is a damage that have consumed both aquatic lives and properties of the people leaving around this area.

“I have moved a motion in the floor of the House and the House has mandated committees on petroleum upstream and environment, NEMA and NDDC, to make sure that they go into this and ascertain what actually happened and find palliative measures and how best the hardship of the people can stop, without people feeling too much pain of this kind of incident.”

Also speaking, the immediate past Managing Director ISOPADEC and a member of the impacted community, Mr. Andrew Chidi Nwokotubo, claimed the explosion was an equipment failure

“This Shell pipeline cuts across Etekwuru community where they have been using to lifting crude oil to either Port Harcourt or any where else. On the 4th February, this pipeline exploded and caused alot of hazard. It exploded on its own. We’re calling on Shell to come to our aide.”