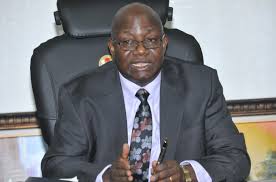 09 August 2015, Lagos – Chairman of the Federal Inland Revenue Service (FIRS), Mr. Samuel Ogungbesan has disclosed that the service generated an unprecedented N1.97 billion into the federation account within the first six months of 2015 in spite of harsh economic conditions.

Speaking during an interview with an editorial team from Economic Confidential in his office recently, Ogungbesan however, insinuated that much more could be generated from tax in the country if the states would work in harmony with federal authorities and condition of living of Nigerians is improved upon.

“Aggregate of tax collection from January to date is what gave us that N1.8trillion. In actual fact it is N1.97 trillion as at the end of June. The collection in June 2015 is the highest collection by FIRS in its history in a single month. The total collection for June is N746 billion.”

Ogungbesan said there was no magic to the performance as it was accomplished simply by deploying years of experience on the job and tinkering here and there with the internal workings of FIRS to increase performance efficiency.

“Let me just say that there really is no magic about it, I mean, we’ve not gone outside of the country to borrow ideas, the fact is that we have been part of this system for many years.

“When we came on board in March this year, thought we needed to do some tinkering with our organizational structure”

Right now he said, tax administration functions have been demarcated with different officers responsible for raising assessment, collection, company tax audit and tax enlightenment and so minimising incidences of compromise and leakages in the system.

“Some tax administrators at the state level don’t trust the centre so what the centre should do is to make sure that it is able to work well with the states to create trust and confidence” he stated and cited the example of when sales tax was still being collected in the country.

“All of us put together in a period of six years collected N2.6billion! But we started VAT in 1994, in the first year alone, we made N8.7billion”, lamenting a situation whereby states are refusing to cooperate with FIRS even though the Service was the country focal point for tax administration.

According to him, when the collation was being done, only statistics of FIRS was taken and used to determine the new figures whereas each of the 36 states maintains a board of Inland Revenue Service, while local governments councils also collect various forms of levies and taxes.

“The more reason why states and FIRS should even work together is the fact that when so-called experts are calculating tax to GDP ratio for the country, you hear a lot of people saying oh, it is 7.5% or, 8.5% and it is the lowest in Africa, but they are ignorant people.

“They leave out the income taxes collected by the 36 states governments and only focus on that of the Federal Capital Territory. What calculation are you doing? The day we made it known to the former Finance minister, Ngozi Okonjo-iweala, she said oh!” That was where it ended”, he declared

The man who also doubles as Chairman of the Joint Tax Board (JTB) was also sincere in admitting that the parlous state of the economy was also making tax administration and collection difficult.

“Two years ago, it was MTN alone that paid almost N120 billion but that same company today is struggling to even pay N80 billion and that says a lot. People will say the telecom companies are doing fine but it isn’t easy for all of them now because of the cost of doing business.”

And concerning individuals, Ogungbesan said “the attitude of the people out there is: I provide my security I provide my water and generate my power. Why are you disturbing me about taxes?”

He also decried the prevalence of multiplicity of taxes, which he described as the bane of our economy but said a Bill was already being finalised by the Office of Attorney General of the Federation to streamline the number of taxes and levies that will be permitted within the economy.
*Economic Confidential